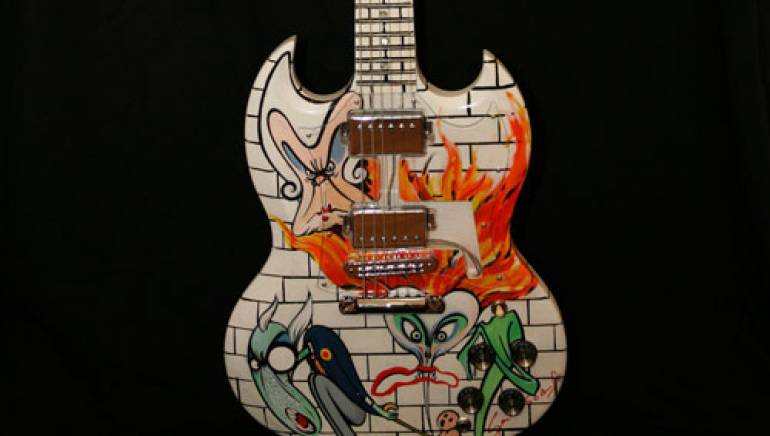 Gibson Guitartown London, a charity-inspired campaign bringing the power of music together with art to raise money for Nordoff-Robbins Music Therapy, The Prince’s Trust and Teenage Cancer Trust, has announced that all 62 unique, hand-painted and signed guitars showcased at the summer public art exhibition are now available to bid online exclusively at eBay. All money raised from the sale of the 62 featured guitars at the live auction will be split equally among the three designated charities.

All 62 Gibson guitars will be sold at the charity auction event to be held in IndigO2 at The O2 on Tuesday, November 20, 2007. The auction, hosted by Julien’s Auctions in association with Sotheby’s, will also be streamed online via the Auction Networks website and live eBay bidding.

To bid online and for more information on Gibson Guitartown London, go to www.londonguitartown.com.

To order the auction catalogue, go to www.juliensauctions.com/londonguitartown.