Posted in MusicWorld on November 28, 2018 by Dave Simons 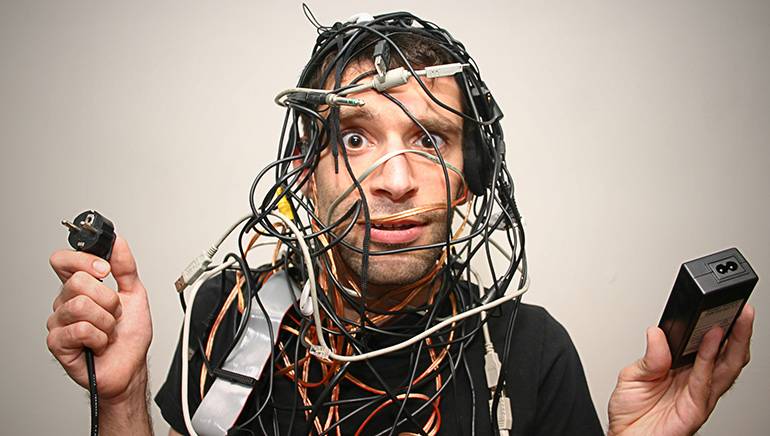 As a longtime analog advocate, it came as something of a shock last year when nearly all of my non-digital equipment began to fail one by one, leading me on a reluctant search for suitable modern replacements. That turn of events made me reconsider what kind of equipment qualifies as “essential” to the recording process. While the market for effects plugins and other sound enhancers is virtually endless, when you come right down to it the stuff you really need to record reliably and efficiently makes up a relatively short list. For our purposes we’ll look at some of the more budget-friendlier members of this must-have gear club.

Signal-chain gang. Yes, it was a sad day when I had to decommission my 40-year-old, 100-pound Teac tape unit, but the fact of the matter is if you have a strong signal chain in place you can record to just about anything, even a cold digital DAW. One can’t go wrong investing in any of the following:

Reliable miking – as we’ve often stated, perhaps nothing is as integral as a good multi-purpose microphone (or two). For many jobs you can get by using that king of the budget dynamics, Shure’s SM57, which easily handles louder sounds (making it the go-to-choice for amps or drums) and with a narrow-enough pickup range to mitigate unwanted leakage. One should also consider the higher-gain and wider-range advantages of a large-diaphragm condenser mic, typically the best choice for tracking vocals as well as overhead/room applications. Such mics often include a variable pole pattern (for switching between cardioid, omni and figure-of-eight), as well as high-pass filter and volume pad for extra control.

A quality mic pre – budget standalone recorders offer at least a handful of balanced inputs for connecting microphones and line-level sources, however the sound quality may leave something to be desired. For added fatness at the front end you’ll want a bona fide microphone pre-amp (or mic-pre), which in addition to boosting input/output gain may sport additional features like analog/digital converters, equalization, phantom power and bass cut. Contenders include Behringer’s budget-busting Tube Ultragain and the popular PreSonus TubePRE, along with higher-end models from Focusrite, Universal Audio and others.

Monitors matter. It’s possible to make decent mixes using headphones or earbuds, but with the sound source so close to your eardrums you’re more likely to end up with a two-track that’s too bright, boom-y, has buried vocals or all of the above. For the most accurate sound, you’ll want a set of self-powered (a.k.a. “active”) nearfield monitors, which use built-in amplifiers to reproduce recordings without artificial equalization, thereby allowing you to hear all parts with added clarity. Thankfully, it’s no longer a luxury to own decent nearfields, as mainstay makers like Yamaha, JBL, Tannoy and Genelec now offer quality models starting at around $300 per pair. To address any room issues and maximize the direct sound, situate monitors about three feet away, using adjustable speaker stands or even wooden stools to elevate them to head level.

Connecting directly. Next to drums, I’ve often found bass to be among the most challenging instruments to record properly. Using a good direct-injection box can help solve the problem, however. While balancing/cleaning the signal, active DI boxes (those with onboard power) allow you to shape the sound of the instrument in order to achieve better articulation, tone and blend.

Compressor/limiter: Another versatile piece of studio gear, compressors can be used as a live effect at the end of the signal chain, or inserted into the master buss as a limiter at mixdown for adding punch while smoothing out volume spikes.

Audio snake: When connecting multiple mics or instruments, you can avoid getting all tangled up in black by using an audio snake with connector box housing multiple XLR connectors as well as balanced TRS outputs.

Of course, the above is just a starter sample of tools you can use to juice your tracks while reducing the risk of technical interruptions due to aging/ailing equipment. Gear can only do so much, of course, therefore be sure to put at least as much emphasis on the playing as the preening come session time.