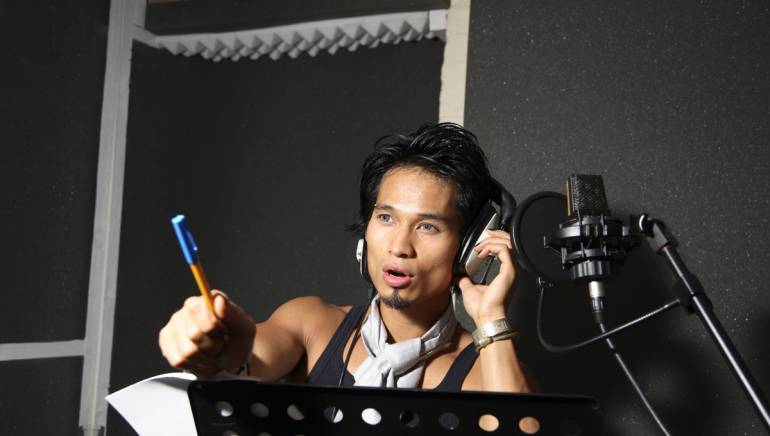 As songwriters, we so often get bogged down in the micro-details of our songs (whether to use “and” or “but,” should the last note of the chorus go up or down, etc.) that we tend to overlook the big issues that can help us tighten, streamline and otherwise improve our songs in major ways. I’m going to bring up a few of the commonly overlooked issues that I see time and again in my role as songwriting consultant. Still, it’s always worth mentioning that songwriting — and songwriting success, for that matter — is a highly subjective medium and there are no “right” or “wrong” ways to do things. My reference points are simply the common traits of a large number of commercially successful songs.

1. Cut your intro in half. One of the most important things to remember if you’re writing songs for the commercial market is how very little time you have to get the listener’s attention. We, as songwriters, necessarily give our songs our full, loving and undivided attention, which is why a long, winding musical intro feels perfectly natural as a way to set the stage for the song to come. The reality, though, is that our listeners rarely give a song they’ve never heard their full attention, which is why you, as the songwriter, have to go and get it. Quickly. A short, to-the-point intro that leads directly into the verse of the song is the first step towards pulling your listener in.

2. Put more concrete details into your verses. The verses in your song are there to, more or less, tell the story. While feelings are an important part of any story, so are the actual details. In other words, give people images to hold on to so they know what your song is about. Since you’re the one writing the song, you already know the story, so it’s easy to forget that your listener doesn’t. While you’re at it, I’m a big believer in the “show ‘em, don’t tell ‘em” approach. This means if you can use an image rather than a long explanation to describe a situation, do it. Whoever wrote “a picture is worth a thousand words” had it right

3. Your chorus should be what your song is about. In another effort to help you keep the big picture in mind while you’re writing, I’d suggest making sure that your chorus really drives the point of your song home. This is the place where your message becomes clear and memorable. Ideally, the listener should be able to start singing along after they’ve heard your chorus once or twice. Another, less delicate way of putting this is to think of your chorus as the equivalent of tying the theme of your song to a baseball bat and beating the hell out of people with it.

4. Make sure similar sections have similar structures. In general, it’s a good idea to keep similar sections in your song similar in structure. In other words, your first verse should match your second verse in number of lines and rhyme scheme and your choruses should have the same length and lyric. There are always exceptions to this approach but here’s the reasoning behind it: The simpler and clearer your song is, the more memorable it will be. Memorable is a good thing. I’m in no way suggesting not to tackle complex topics or musical themes, I’m simply saying that “complicated” and “different” don’t, in and of themselves, mean success. The real challenge is to tell your story, whatever it may be, in the simplest, most effective way possible.

At the end of the day, songwriting is art and, as in all art, there are many, many ways to create. However, sometimes guidelines can be a blessing rather than a curse. Mozart didn’t invent classical music; he simply refined it within the existing boundaries into something that is still moving and memorable over 200 years later. That sounds like a good goal to me.

Cliff Goldmacher is a songwriter, music producer and educator with recording studios in Nashville, TN and Sonoma, CA. Through his studios, Cliff provides songwriters outside of Nashville with virtual, live access to Nashville’s best session musicians and demo singers for their songwriting demos, find out more. Download Cliff’s FREE tip sheet “A Dozen Quick Fixes To Instantly Improve Your Songs”