Posted in The Weekly on August 6, 2019 by Cliff Goldmacher 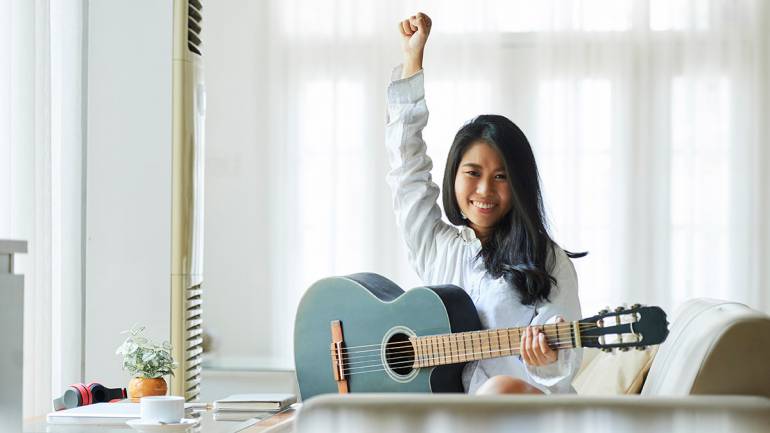 Writer’s block. The mythical beast that plagues writers of all stripes. While songwriting is a somewhat unpredictable activity, I happen to believe that there are ways to hedge against freezing up when it comes time to write. To that end, I’ve put together a few ways to get you past writer’s block that require nothing more than taking your craft seriously and paying attention to what’s going on in your creative process.

1. Co-write
Two - or more - heads are better than one when it comes to dipping into the creative pool. If you’re finding yourself low on inspiration, scheduling a co-write can have a few benefits. Sometimes just the mere act of working with someone else can spark a fresh round of creativity. But, even if you still find yourself struggling, leaning on a co-writer’s inspiration for a while will go a long way towards rekindling your own.

2. Stockpile bits of songs
Just like squirrels put away their nuts and berries for the upcoming winter, stockpiling title ideas, lyrical and melodic snippets, can save you from having to stare at a blank page at a time when that’s the last thing you want to see. Knowing you can go to your notebook of song titles or a file on your smartphone with melodic ideas, will go a long way towards giving you a jumpstart when your creative momentum flags.

3. Stop squeezing so hard
Part of the origin of writer’s block is the desire to write something as good as what you’ve written in the past. Putting that kind of pressure on yourself is almost guaranteed to put the brakes on your songwriting. There’s a decent chance that when you wrote that earlier song you’re trying to measure up to, you were just writing and not comparing it to anything. It might be better to relax and write something “good enough” instead of pressuring yourself to write something “perfect” knowing you can always revisit the song once it’s done and revise and edit it until it really is great.

4. Go on input for a while
If you’re well and truly stuck and just can’t seem to find anything to write about, it might be that you’re in need of a break. I’ve heard this described as “going on input.” This basically means that you need to rest and go live your life for a little while until you’ve had a few more experiences that are worthy of writing about.

Since almost all of us began songwriting because we were inspired to do it, it can seem somewhat artificial to have to write regularly or on a deadline. However, being able to do exactly that is one of the hallmarks of a professional. Hopefully, the above tips will take some of the pressure off and help you out the next time the writer’s block wolf is at your door.

Bio
Cliff Goldmacher is a songwriter, music producer and educator with recording studios in Nashville, TN and Sonoma, CA. Through his studios, Cliff provides songwriters outside of Nashville with virtual, live access to Nashville’s best session musicians and demo singers for their songwriting demos, find out more.  Download Cliff’s FREE tip sheet “A Dozen Quick Fixes To Instantly Improve Your Songs”.