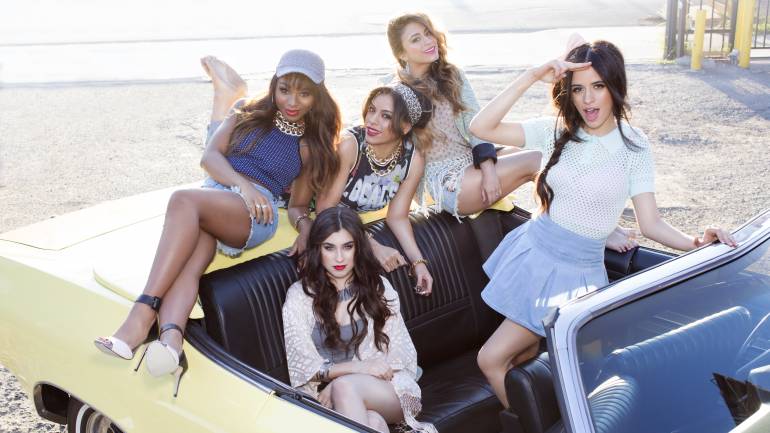 Broadcast Music, Inc. is proud to announce that pop sensation Fifth Harmony has signed with BMI for representation of the public performances of their music. The former X Factor, season 2 contestants: Ally Brooke, Camila Cabello, Normani Kordei, Dinah Jane Hansen and Lauren Jauregui, have toured extensively, including at Jingle Ball concerts with Miley Cyrus and Austin Mahone, opening slot for singer/actress Demi Lovato on her Neon Lights tour and multiple headline tours across the U.S. and Canada. They will also be touring this summer with Austin Mahone. In 2013, they were handpicked for Disney’s “Next Big Thing” Campaign, MTV & Pop Tarts “Crazy Good VMA Concert,” and were one of MTV’s Artists to Watch, while also winning the fan-voted Vevo’s Lift Artist Award. This year, they won two Radio Disney Music Awards for Breakout Artist of the Year and Best Song To Rock Out To With Your BFF, and are nominated for a 2014 Teen Choice Award for Choice Music Group. They’ve performed on multiple TV shows including Ellen, The Today Show, Live With Kelly & Michael and The Macy’s Thanksgiving Day Parade.

Their Better Together EP debuted at No. 6 on the Billboard 200 chart and was in the top 10 on iTunes in 41 countries, spawning the hit single “Miss Movin’ On.” The Spanish-language version of the EP Juntos debuted at #1 on the Latin iTunes chart. On July 7 Fifth Harmony will release their much anticipated new single “BO$$” from their upcoming debut full-length album to be released this fall on Epic Records.

“What instantly drew me to Fifth Harmony was not only their undeniable talent and energy, but their positive influence on a generation of young women. We’re proud to be a part of their team and excited to enjoy their continued growth and success,” said BMI Associate Director, Writer/Publisher Relations Jessa Gelt.