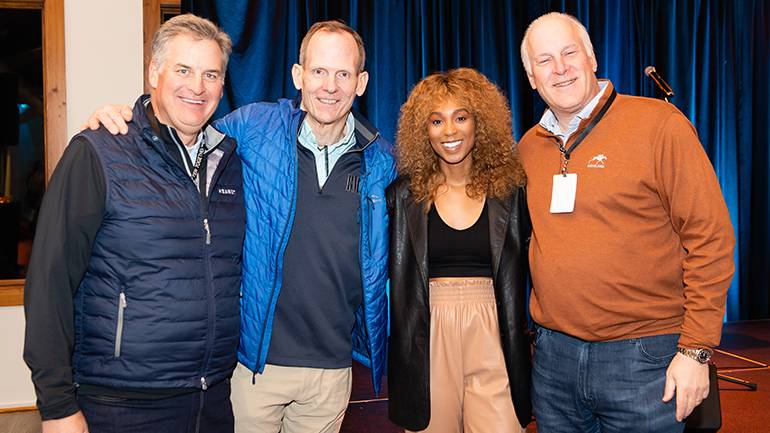 BMI teamed up with Hearst Television to provide the musical entertainment for their annual Executive Management meeting, held in-person this year on Kiawah Island, SC. BMI songwriter and Valory Music recording artist Tiera Kennedy performed for the Hearst corporate team as well as the general managers from their 35 television and radio stations. The up-and-coming country music artist was named an ‘Artist to Watch’ by Spotify’s Hot Country, Nashville Lifestyles, Country Now and Sounds Like Nashville, and was inducted into CMT’s Next Women of Country Music Class of 2020. Kennedy kicks off her first radio promotional tour next month in advance of the release of her debut single.