Posted in MusicWorld on August 21, 2009 by Kevin Bronson 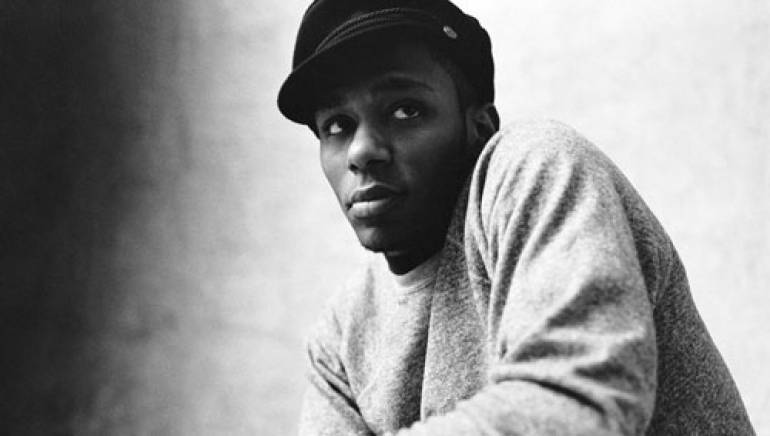 Perhaps the only development more surprising than Mos Def’s re-ascension to the hip-hop summit — some 10 years after Black Star, his collaboration with Talib Kweli, foreshadowed icon status — is the fact that he’s one of the first artists ever to have an album released as a T-shirt.

Yes, it’s true: Clothing line LnA recently unveiled the Mos Def Music Tee, a shirt with album art, tracklist and a tag imprinted with a URL and download code for his fourth solo album, The Ecstatic.

Gimmick or innovation? It doesn’t matter — The Ecstatic, released in June on Downtown Records, is proving a style statement unto itself, earning the 35-year-old Brooklyn native some of the best reviews of a career that blossomed with his work in the late 1990s with Rawkus Records crew.

To hear some of the feedback, you’d think critics would have given the shirts off their back for the new project.

Writes Nate Patrin on Pitchfork: “This is Mos Def’s small-globe statement, an album that comfortably jumps stylistically across continents on a hip-hop goodwill-ambassador tour… an album that most people will hear first and foremost as the comeback bid of a rapper-turned-actor, but also an important indication that Mos… has a stake in something greater than just one corner of the rap world…”

Adds J. Gabriel Boylan of Spin: “The former Black Star co-captain is among our greatest MCs, and ‘The Ecstatic’ is easily his finest full-length since ‘Black on Both Sides,’ his 1999 solo debut.” And from Sach O on Passion of the Weiss: “Mos Def has finally dropped the album you’ve been waiting for after a decade lost in the wilderness.”

The man born Dante Terrell Smith has hit pay dirt by being bold musically and almost sage lyrically. The Ecstatic’s production — from the likes of Madlib, Oh No, Georgia Anne Muldrow and Mr. Flash — is a Middle Eastern sampler platter served up with an island music cocktail and a side order of electro.

His dulcet flow and brisk storytelling hold it all together, as, joined by guests such as Slick Rick and Talib Kweli, his rhymes take the listener to the perilous inner city and even-more-treacherous distant lands, railing against the frailties and oppression that make them parallel worlds.

Tracks such as “Life in Marvelous Times” reveal the big vision you’d expect from a talent who has earned Grammy, Emmy and Golden Globe nominations, as well as acted in Suzan Lori Parks’ Pulitzer Prize-winning play Topdog/Underdog on Broadway.

Still, given an acting schedule the past three years that has included roles in The Hitchhiker’s Guide to the Galaxy, 16 Blocks, Be Kind Rewind and Cadillac Records, it’s remarkable how razor-sharp The Ecstatic is — and how committed he remains to the musical side of his artistry.

In a recent conversation with Spank Rock for Interview magazine, Mos Def elucidated:

“You have to experience life, make observations, ask questions. It’s machine-like how things are run in hip-hop now, and my ambitions are different. …To me the job of an artist is to provide a useful and intelligent vocabulary for the world to be able to articulate feelings they experience every day.”

And, maybe, rock a few T-shirts.