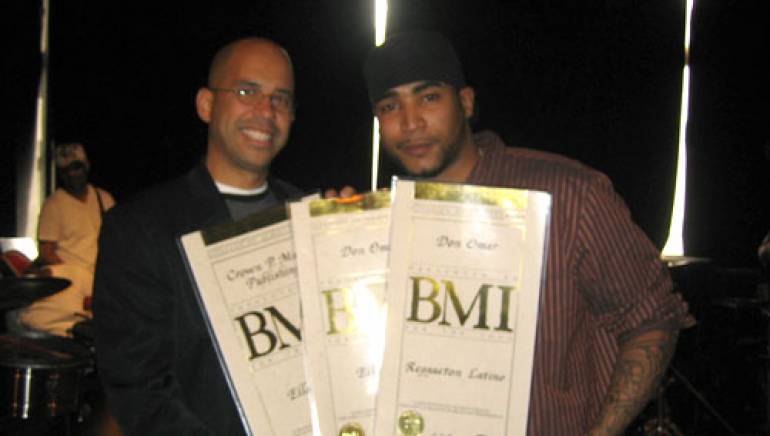 BMI’s Porfirio Piña presented Don Omar with his 2007 BMI Latin Awards for “Reggaeton Latino” and “Ella y Yo” in honor of having two of the 50th most performed Latin songs in 2006. These accolades join his 2006 BMI Latin Award received for the song “Pobre Diabla”. Omar was unable to attend the 2007 Latin BMI Awards, held March 23 at the Venetian Resort Hotel in Las Vegas, due to his tour schedule. Piña caught up with Omar during his upcoming tour rehearsal at New York’s Montana Studios.