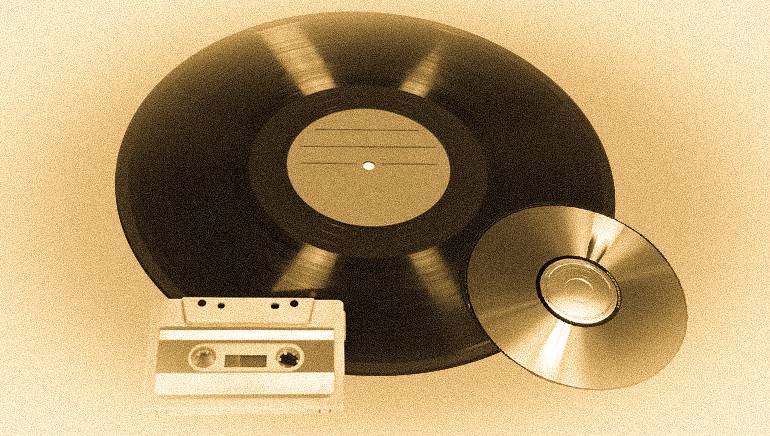 I have hundreds of songs sitting on shelves collecting dust—instead of royalties. Many of them were written decades ago and they were in sync, lyrically and melodically, to the eras in which they were composed. But as Larry Beaird, top session guitarist and owner of Beaird Music Group, stated, “Times change and so does music.”

In many cases the melodic and lyric techniques that contributed to songs becoming hits in the past have gone the way of cassettes and 8-tracks. For example, titles that relied on clever word play or double entendre were a mainstay of the country charts in the 1970s and ‘80s, but are rarely heard in today’s hits. Similarly, the melodies and rhythms that fueled pop and R & B hits “back in the day” now sound “old school.”

But in some instances, it is the recordings of our songs—not the songs themselves—that deem them unsuited for today’s artists. When this is the case, a new demo of an old song might be the ticket to success.

Does Your Song Pass the Lyric Test?

In assessing whether an older song might be viable for today’s market, check to see if the title or lyric contains words or phrases that have fallen out of popular usage. For example, songs with titles containing words like “groovy” or “disco” worked perfectly in the ‘60s and ‘70s, but their titles now lock them into those eras.

Dale Dodson, Creative Director/Catalog Development for Sony Music Nashville shared that starting in the ‘90s he went through his company’s back catalogs and listened to every song—thousands and thousands of songs, many of them by iconic writers such as Harlan Howard, Buck Owens, and Merle Haggard—to determine which ones he thought would have the best chance of being recorded if they had an updated demo.

When asked how he made that determination, Dodson stated, “I look for the gems that I can bring back to life.” He added, “Lyrically, it would have to hold up. Sometimes I would ask the writer to go back in and change a line or two. If the lyric didn’t hold up I didn’t re-demo it.”

Dodson’s efforts paid off with recordings by artists including George Strait, Reba McEntire, Mark Chesnutt, Tracy Bird, and Lee Ann Womack. Two of his biggest successes were hits for George Strait. With the help of a new demo, “The Seashores of Old Mexico,” which was written and first recorded by Merle Haggard in 1971, became a hit single for Strait thirty-five years later. “Tell Me Something Bad About Tulsa,” written by Red Lane and first recorded by Merle Haggard in 1986 found new life on the country charts as a hit for George Strait in 2003.

Dodson, who also pitches songs for Carnival Music, acknowledged that in the ‘90s and early 2000s, a more traditional country sound was prevalent. The melodies and lyrics of the songs he was working with back then lent themselves more readily to the hit artists of that era than to today’s more pop-influenced country sounds.

With today’s country music lyrics relying heavily on pictures, imagery, and details, and including current idioms and phrases, such as “blowin’ up your phone,” and references to “texts” and “Facebook,” many older songs don’t lend themselves to the current market. But if the language and style of your lyric seem consistent with today’s hits, and you decide to update your song with a new demo, there are several elements to explore.

According to Sean Spence, Producer/Engineer, Owner of Blue Grotto Sound, “Some of the biggest problem areas I hear in older demos are simply the instruments being used. In country music, piano, pedal steel and fiddle are the main offenders. While they were crucial to the country sound for such a long time, these days they almost act like carbon dating—they give you a pretty accurate idea what time period the demo was recorded in! Sure those kinds of instruments are still used, but in a completely different way than they used to be. So to rework a country demo, I strip out any offending instruments and then start rebuilding with more of a pop focus—more programming and processed types of sounds which are current right now.”

“In today’s current song market, it seems as though all popular genres are being ‘track driven.’ By that, I mean that the track, or ‘music bed’ that accompanies your song is JUST as important as the song itself. And yes, that includes the current country market. This means that some people will have difficulty hearing your great song through a dated sounding track.” – Jason Garner (Producer, recording engineer, and owner of Jason Garner Productions)

Synthesizer sounds that were cutting edge in the ‘80s or ‘90s will likely sound dated today. Replacing those parts with sounds similar to those being used by current producers—and exploring new sounds—can do wonders to freshen a demo and make it more viable.

One of the tools Larry Beaird uses to make demos more viable for the current market is to change the groove. Beaird, who does in-depth analyses of current country hits, noted that at the time this article was written, eight of the Top 10 songs on the Billboard Hot Country Songs chart had a half-time feel.

Jason Garner also suggested exploring various grooves to make a song sound more current. He said, “Instead of having a ‘straight’ feel, you might make it have more of a ‘swing’ or ‘shuffle’.”

When re-demoing songs, on a case-by-case basis, Larry Beaird examines whether adding a programmed drum loop might also contribute to a more contemporary sound.

Vocal styles evolve, and having a singer whose sound fits the current marketplace is crucial. Assess whether the original lead and background vocals sound like something you might hear in a current hit or on an “oldies” station.

Jason Garner suggested, “Always keep all the individual files from your original demos. You may even be able to keep the original vocals and just redo the track. This will save you money! It doesn’t work all the time, but sometimes it does.”

Larry Beaird also mentioned the importance of using a vocalist who sounds consistent with today’s hits.

Changing your chord progression is an additional way to make your song sound more current. By analyzing hit songs in the genres you are targeting you can identify the kinds of chords and progressions that are currently in vogue. You might want to figure out the chords of some of your favorite recent hits to determine the techniques the writers of those songs used.

For example, you might check whether the hits in the genre you are targeting tend to include only three or four basic chords or whether they feature five, six, or more chords. You might study the prevalence of minor chords, and whether more complex chords, such as diminished or augmented chords, 7th or 9th chords are currently being used. Larry Beaird concurred that changing, and in some cases, simplifying a song’s chords can help it sound more appropriate for today’s radio.

Similarly, when updating a demo it is likely you will need to bring the bass sound and patterns in line with the approaches that are currently popular.

In some cases, slowing or speeding the song by as little as a few beats per minute can have a powerful impact. Other times, a more drastic tempo change might be the ticket to make your song come alive.

Jason Garner stated, “Some of my favorite hit songwriters have taken what was a slow, ballad-sounding song, and cranked the tempo 30-40 bpm (beats per minute) faster than when they first worked on it, and suddenly they have a mid-tempo or up-tempo song that works and feels great! Knowing that radio is dominated by mid- and up-tempos, it’s always a good idea to investigate this approach to see if it will help update your song.”

When he produced new demos Dodson’s goals included making the arrangement and production more in line with the current market, and to put “more fire, more dynamics” into the song. He also explored various tempos. “I might take a song that was a ballad and make it into a 4/4 shuffle,” stated Dodson, “or I might take a mid-tempo and turn it into 6/8. Or I might start more sparsely with just a guitar instead of having the band come in all together at once.”

Some songs can work in more than one style, a prime example being Dolly Parton’s GRAMMY-winning “I Will Always Love You,” which topped the country, pop, and R & B charts. Similarly, “Piece of My Heart” (written by Jerry Ragovoy and Bert Berns) was a seminal blues/rock hit for Big Brother and the Holding Company (with Janis Joplin on lead vocals) before Faith Hill’s version topped the country charts.

Sometimes multiple demos are produced with the express intent to be pitched in various styles. For example, the same song might be recorded as a pop demo, as well as receiving a hip-hop treatment. Another song might have one demo to be pitched to the country market and one with a pop, rock, or reggae feel.

In some cases, producers or recording artists have heard songs in one style and envisioned how they might sound produced in a completely different genre, without the benefit of a demo that conveys the new style. This was the case with “What Hurts the Most” (Jeffrey Steele/Steve Robson) which was a #1 GRAMMY-nominated country and adult contemporary hit for Rascal Flatts. Cascada’s electronic Europop version of the same song reached #1 on Billboard’s U.S. dance airplay chart and the top ten on pop charts throughout Europe.

Not every older song can be viable for today’s market. Nor can every song work in multiple genres. But some songs are timeless and can find success in various styles. An updated demo–or one that targets a different genre–might be just what some of your songs need.