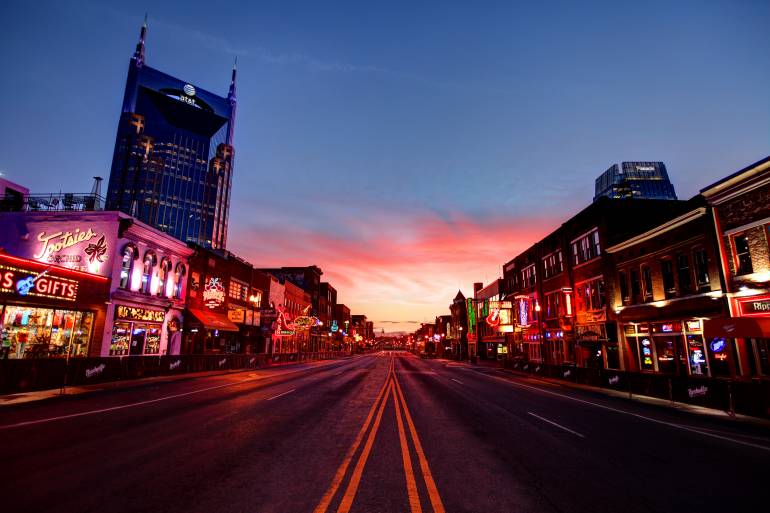 While songs can be written anywhere, the business of placing material with music publishers, record labels, music producers, and recording artists primarily takes place in only a handful of cities, sometimes referred to as music centers. In the U.S. Los Angeles, New York City and Nashville are the primary music centers and are home to the majority of record labels, music publishers, record producers, and other music business professionals.

I lived in Los Angeles when I signed a staff-writing deal in Nashville. That deal came about as the result of my getting a recording by the Oak Ridge Boys, who consistently topped the country music charts at that time. The song was titled “Change My Mind,” (written with A.J. Masters) but I jokingly referred to it as “Change My Life,” because that is what it did. The song was written during my first visit to Nashville. It was the first time I had written with a Nashville staff-writer, and it was A.J.’s publisher who secured that life-changing recording. If I had not maxed out my credit cards and taken that trip to Music City I don’t know what path my career might have taken.

After two years of splitting my time between L.A. and Nashville my publisher gave me an ultimatum. “You’re good,” he said, “but so is your competition–and they’re here 100% of the time.” If I wanted to keep my staff-writing deal I needed to move to Nashville full-time. I made the move and it led to great success. I kept that staff-writing deal for twelve years, until the company was sold.

Other cities certainly have vibrant music scenes, but fewer opportunities to conduct the business of the music business. Austin, Texas, home of the SXSW music festival and the Austin City Limits television show, has been dubbed “the live music capital of the world.” It offers more than 100 live music venues but limited opportunities for those seeking mainstream music publishers or record labels. Atlanta and Miami have thriving music scenes and opportunities for writers and performers of Urban/Hip-Hop music and Latin music, respectively.

Major music centers, being meccas for recording artists and songwriters, provide unparalleled opportunities to attend classes and workshops, network and collaborate, interact with music business professionals, and pitch material. But the advent of the digital explosion brought some of the advantages of being in a music center to those who live elsewhere.

For example, many songwriters and recording artists are able to produce demo recordings—and in some cases, master-quality recordings—in home studios. Until recently they had to rely on local talent. But today, quite a few top session musicians and vocalists who are based in music centers work long-distance, recording their parts and sending the digital files to their clients. In many of these cases the client has the option of virtually “attending” the recording session by using software such as Skype and FaceTime. Similarly, many recording studios located in music centers offer writers the chance to essentially be “in the room” despite being out of town while their songs are being recorded.

Long-distance collaborations can also take place via Internet. One of my songwriting students who lives in Canada frequently participates in live 3-way co-writes with writers who are in Europe and the U.S.

For those who don’t live in a music center, several well-timed trips a year can provide multiple opportunities. These include attending music-related conferences, workshops, song camps, pitch sessions, performances, and writers’ nights. Some writers also record demos or masters, participate in collaborations, and meet with industry pros during their trips.

So, do you “need” to be in a music center to be successful? Is it true that you “must be present to win?” Without a crystal ball it’s hard to know for certain. But it will significantly increase the networking, collaboration and educational opportunities that can contribute to success.