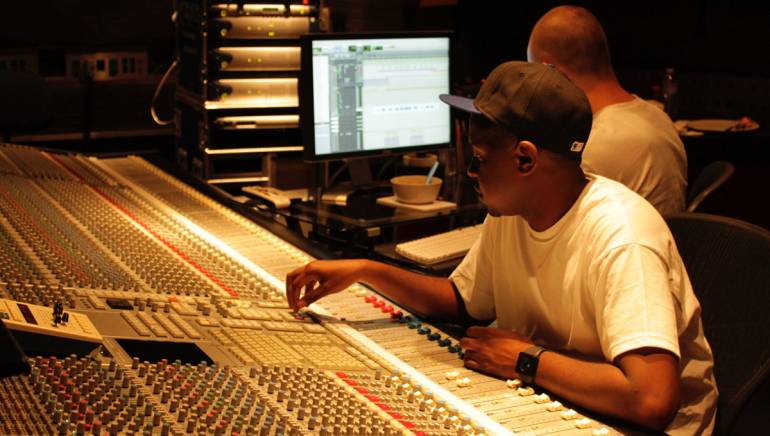 Singer-songwriter-producer Dernst Emile II, aka D’Mile, expressed his musical talents early. At the age of six, he ably performed pieces from the book, Hanon: The Virtuoso Pianist in Sixty Exercises. From there, he mastered the acoustic, bass and electric guitars and drums. His classical training (instilled by his father, Dernst Emile, a musician and music teacher) allowed him to examine a song’s structure, harmony and arrangements when playing or creating music.

D’Mile supplied that same skill set when he worked on several tracks for the GRAMMY-nominated Best Urban Contemporary Album for Mali Music’s Mali Is … D’Mile animated the artist’s traditional gospel lyrics with a contemporary vibe, evidenced in “Fight For You,” Heavy Love” and “Royalty,” adding the tracks to his diverse discography, which includes a collaboration with GRAMMY-winning singer-songwriters Full Force for BMI singer-songwriter Rihanna’s debut, Music of the Sun. He has since worked with other GRAMMY-winning artists, including BMI singer-songwriters Brandy, Celine Dion (SOCAN), Jennifer Lopez, Toni Braxton, Trey Songz, Chris Brown and Rick Ross. D’Mile is also working with emerging artists such as BMI singer-songwriters Ty Dolla $ign, Nico and Vinz and Eric Bellinger.