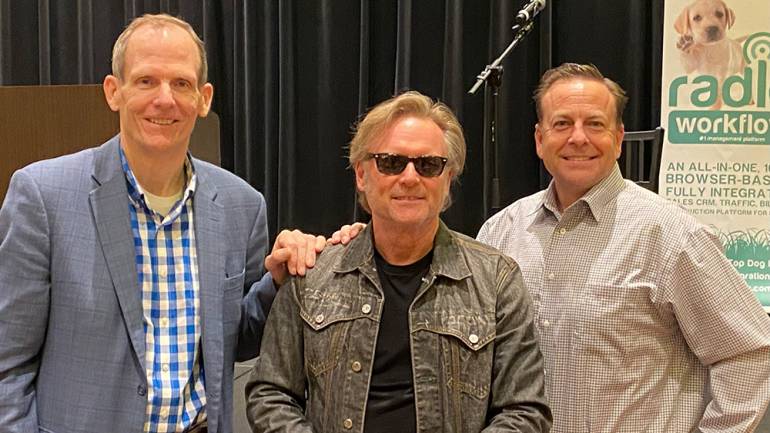 BMI country songwriter Terry McBride helped the International Broadcasters Idea Bank celebrate their 60th anniversary with a spirited and entertaining performance at their Spring Conference held in person recently at the Choctaw Casino in Durant, Oklahoma. The event, hosted by Payne Media Group President Will Payne, attracted independent radio station owners and executives from across the country. McBride’s group, McBride & The Ride, racked up several top 5 singles, along with a handful of CMA and ACM nominations. When the group disbanded in 1995, McBride focused on his songwriting and wrote major hits for the likes of Brooks & Dunn, Martina McBride, Alan Jackson and George Strait. McBride and The Ride recently reunited and are planning a tour this summer. The International Broadcasters Idea Bank is a membership-driven organization of commercial radio broadcasting owners and managers. The purpose of the organization is to share knowledge and best-practices amongst their membership. 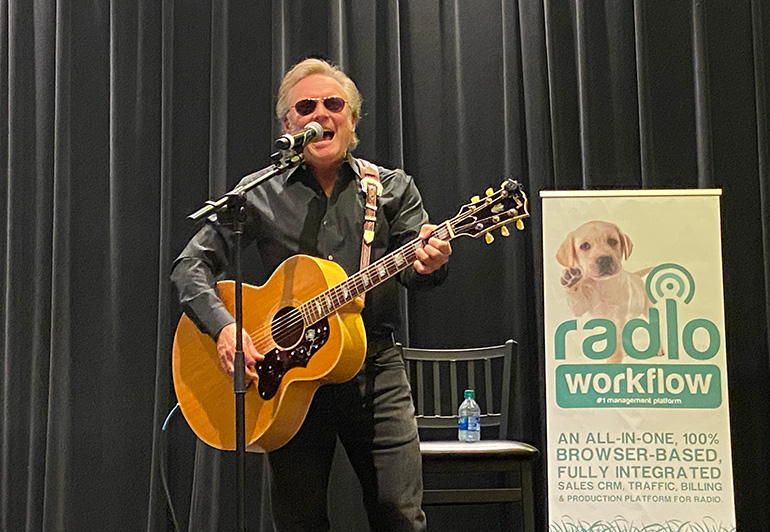