Posted in MusicWorld on February 19, 2010 by Ari Surdoval 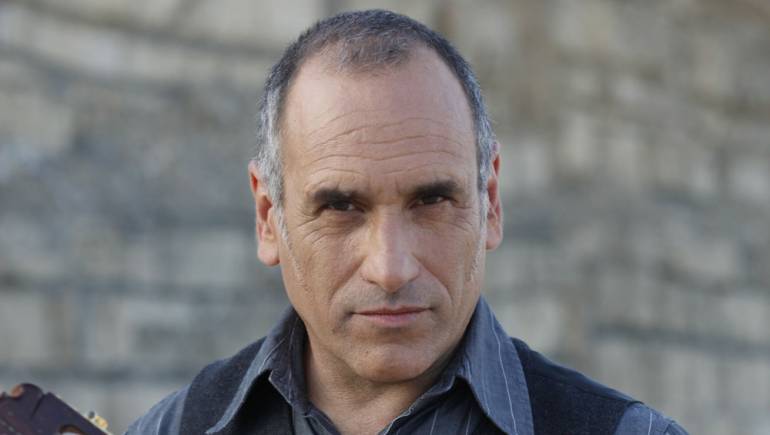 David Broza and Townes Van Zandt met just once, in 1994 at the Main Street Theater in Houston, Texas, where they shared the stage at a writers-in-the-round night. It was an odd pairing.

Broza, a multi-platinum Israeli singer-songwriter and classical guitarist, was a huge international star, though relatively unknown in America. Van Zandt—the brilliant and troubled Texas songwriter who has been hailed as both a genius and an influence by such artists as Steve Earle, Lyle Lovett, Guy Clark and even Bob Dylan—was relatively unknown everywhere.

Without doubt one of America’s greatest songwriters, Van Zandt pursued commercial success reluctantly, and it mostly eluded him. In 1981 Emmylou Harris had a hit with “If I Needed You” and in 1983, Willie Nelson and Merle Haggard took a version of Van Zandt’s “Poncho and Lefty” to number one. But Van Zandt’s stunning dedication to his own destruction, fueled by heroin addiction and alcoholism and aggravated by manic depression, confined him to the cold comforts of a songwriter’s songwriter.

Throughout his life, he played mostly small bars and clubs, where he could hold even the rowdiest crowd spellbound with breathtaking, precisely fingerpicked ballads like “To Live is To Fly,” “No Place to Fall” and “Be Here to Love Me.” His songs were nearly flawless—intense, powerful, delicate, precise—and Van Zandt sang them with fearless honesty, his voice devoid of any affect or put-on. But as his mental and physical health deteriorated, he could just as likely find himself onstage incoherent and babbling, struggling to hold himself upright in a chair, his voice ravaged as he fumbled with the simplest chords. It was a long slow losing battle that ended on January 1, 1997, when Van Zandt died at the age of 52.

That night at the Main Street Theater, though, Van Zandt was on. Broza remembers it vividly.

“I wasn’t a fan at the time, though I was aware of him.” Broza says. “But after that night. I wasn’t just a fan. He infected me. He played for four hours and I was totally mesmerized.”

The respect was mutual.

“I was playing my work, which has always been putting music to poetry, whether it was Israeli or Spanish or American,” Broza continues. “And I was telling him about working directly with a poet, and how strange it is for poets to write lyrics to an existing piece of music. Townes said, ‘Hey why don’t you take my number? I can write poetry to your stuff.’ So we were going to meet. I was going to fly over and meet with him, but it didn’t work out.”

Soon after Van Zandt’s death, Broza was stunned to learn that Van Zandt had left behind ten poems that he had wanted Broza to have. “I met this man once,” Broza says. “And his wish is to have us work together.”

The result of that wish is the strange collaboration Night Dawn: The Unpublished Poetry of Townes Van Zandt. An at times eerie high wire act that equally balances the voices of two distinct and distinctly different artists, Night Dawn features 11 songs with lyrics penned by Van Zandt, which Broza put to music, accompanied by G.E. Smith, who also helped produce. It is Broza’s first American release in more than 15 years—and it took him more than eight years to write the music.

“I was so moved to have actually received these song poems,” Broza says. “They were such treasures. It took me a year to write the first melody. I carried them with me in a little satchel and when I would arrive somewhere, at a hotel or before a show or a sound check, I would pull them out and look at them. I’d put them on the table by the bed so I’d see them when I woke up. For me, it was about living those lyrics for a long time, and understanding the inner rhythms and intricacies, the sounds of the consonants and the vowels, the way the lines are put together.”

The songs—many of which return to themes of death and leaving—can sound at times more haunted by Van Zandt than written by him. But for Broza, the point was not to recreate Van Zandt’s sound, but to truly collaborate with the work he left behind.

“I wrote the music,” he says. “So it fits right in my hand and it came naturally for me. But I am hearing his playing in the back of my mind. I wrote it in such a removed way from him, but it is really for the people who loved and appreciated his art. I’m just trying to do it justice. I only wish he could hear it.”

For those who love and are influenced by Van Zandt’s art, Broza offers a note of caution.

“The thing is not to take things literally,” he says.  “His art was not the result of his depression or his drug and alcohol abuse. It was the result of his genius. And in spite of all his pain, he created all that beauty. Today, I see pain all around, from the tellers at the bank, to the policeman on the street, from big people to small people. There is a lot of pain everywhere. Thank God I have the music.”

Written by Ari Surdoval. Check out his blog at arisurdoval.wordpress.com.