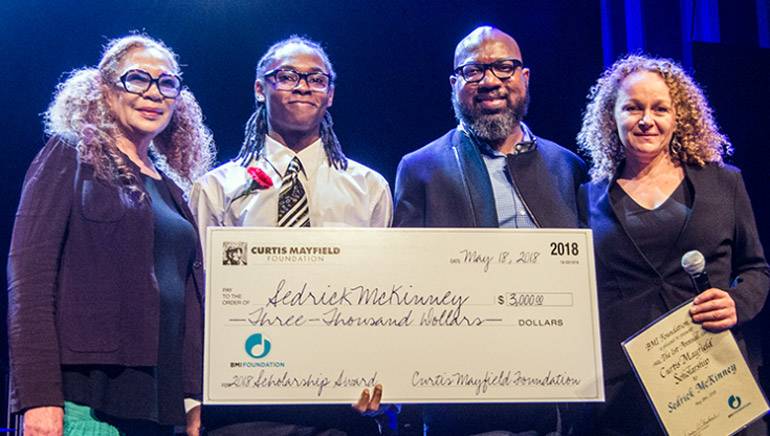 Get on Board! pays tribute to Mayfield’s life and music and highlights songs that he wrote during the 1960s and 1970s. These songs, often called the soundtrack of the Civil Rights Movement, continue to inspire generations of artists. With the co-operation of the Apollo Theatre’s education group and an assist from the Curtis Mayfield Foundation, the study guide will also be made available to communities beyond Harlem and New York City and Mrs. Curtis (Altheida) Mayfield plans to personally visit schools in these areas and share Curtis’ own musical story which began when he was barely 12 years old.

The annual scholarship program honors the memory of the iconic Chicago-born songwriter, musician and producer, whose prolific career and legacy includes such hits as “Superfly,” “People Get Ready,” “Move On Up,” “Do Do Wap is Strong in Here,” and “It’s All Right,” as well as the numerous soundtracks he created for film.