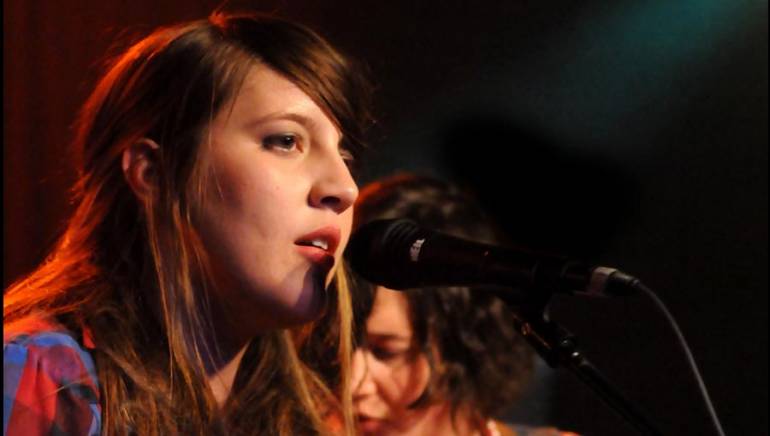 Caitlin Rose performs her winning set of songs at round 3 of the Road to Bonnaroo competition on April 19. Photo: Drew Maynard

Nashville native Caitlin Rose won the latest installment of the Road to Bonnaroo contest held Monday, April 19 at the Mercy Lounge, securing the third of four performance slots for Bonnaroo 2010. The contest, sponsored by BMI, Mercy Lounge, Yuengling, Camping World, and the Bonnaroo Music & Arts Festival, features the best of Nashville’s indie crop. The competition is staged during designated nights of BMI’s free 8 off 8th showcase, and a combination of industry judges and audience participation determine the winner each night.

The end of the trail is in sight, as the popular series moves along to its conclusion on May 17. The show starts at 9 p.m., admission is free and ages 21 and older are welcome. Cassino, Cortney Tidwell, Delta Saints, Heartbeater, Space Capone, Pico vs. Island Trees, My Tyger, Cheer Up, Charlie Daniels will vie for the fourth and final opportunity to join winners Caitlin Rose, How I Became the Bomb, and the Non-Commissioned Officers at Bonnaroo 2010.