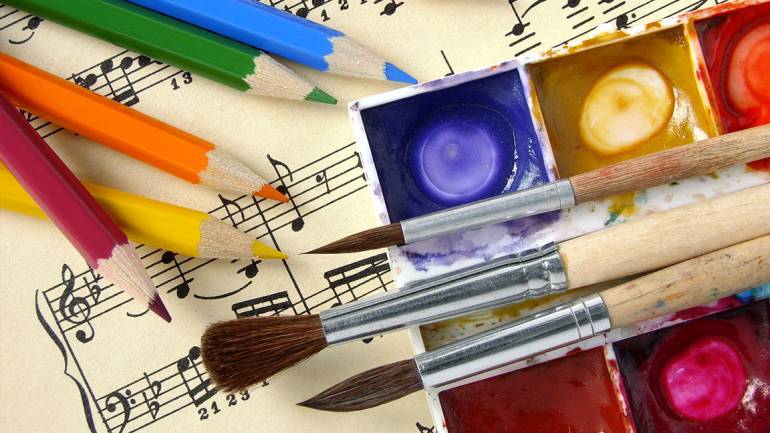 It takes a keen ear to understand how to produce tracks that have warmth, depth and above all, layers of color, as if the finished product were a painting rather than a recording. In director Matthew Longfellow’s 2010 documentary on the making of Damn the Torpedoes, Mike Campbell, sidekick to the late Tom Petty and Heartbreakers lead guitarist, gave voice to that analogy. “We use guitars like they’re different colors—as if you were an artist and needed a certain shade to fill in a particular spot,” says Campbell. Only instead of paint, it’s a Telecaster to the left, perhaps a Gretsch in the opposite corner providing a different texture. “And if you know which colors will work best and they’re really vibrant and well-balanced, it can make a huge difference.”

Though some may choose to add color at will, applying brush strokes strategically—such as in the lead-up to a chorus, or during the song’s fade— often works wonders. On 2003’s Welcome Interstate Managers, mod masters Fountains of Wayne demonstrated how an assortment of melodic guitar overlays and other choice ingredients can make an already infectious collection of pop sound even better. “Stacy’s Mom,” the album’s out-of-the-blue smash, crystalizes the FoW production approach: after a pared-back guitar intro complete with lo-fi vocal, co-writer/producer Adam Schlesinger quickly brings a staccato synth into the mix, which then gives way to a stereo pair of uncompromisingly fuzzed guitars as the song builds to the chorus. With Verse 2 (“Stacy do you remember…”) the cycle repeats, this time with a slightly different shade of six-string (courtesy a compressed Gretsch electric).

“The lo-fi thing was something we’d done before—actually the initial version of ‘Radiation Vibe’ [from the band’s eponymous debut] had a cool beginning like that,” says guitarist and co-writer Chris Collingwood. “It was just me singing through an SM57 mic in this rehearsal space with everything feeding back, and from there it just segued into the high-fidelity part of the song. It was a technique that worked.”

Which brings us to another point: when “filling in” your mix, it isn’t just about what ingredients you’re using, but how and where you use them during the production. Like Fountains of Wayne, SoCal quartet Weezer also relies on jagged scene changes as a way of adding extra dimension. “Island in the Sun,” the second single off 2001’s remarkable Green Album, is a prime example: here guitarist Rivers Cuomo (with producer Ric Ocasek) keeps the acoustic framework largely intact, only briefly accenting the choruses with a simple ringing mono guitar plus synth overlay before finally unleashing the band’s trademark double-barreled rhythm guitars at the start of the bridge (“we’ll run away together”). The disciplined mix ensures that Cuomo’s lovely melody and background harmonies remain the focal point throughout.

The same can be said for Lucinda Williams’ 2001 smoldering slow-rocker “Essence” (from the album of the same name). This seemingly simple-sounding track actually employs a vast array of instrumentation, including multiple acoustic and electric guitars, several basses, various percussion overdubs and more. Rather than lifting the faders on everything all at once, though, producer Charlie Sexton (along with engineer Tom Tucker) is careful to bring the noise only when needed, adding Hammond B3, fuzzed bass and layered guitars as the chorus lifts off, muting the tracks at the start of each verse, even subtly boosting the volume as the song lurches to a close. Once again, keeping the accompaniment in constant motion not only gives “Essence” its extra texture, but also clears the path for Williams’ singularly emotive lead vocal.

A Work of Art

Filling in the blank spaces with some carefully crafted accompaniment—while also adding a few abrupt shifts in volume and dynamics—can provide the elements needed to fully exploit a song’s potential. The other part of the formula: using a little mix dexterity to arrange the various instruments and voices across the stereo spectrum, perhaps adding a touch of processing and/or EQ as needed to tweak the individual sounds. When done to perfection, the result can seem more like a beautiful still-life than just another staid multitrack.