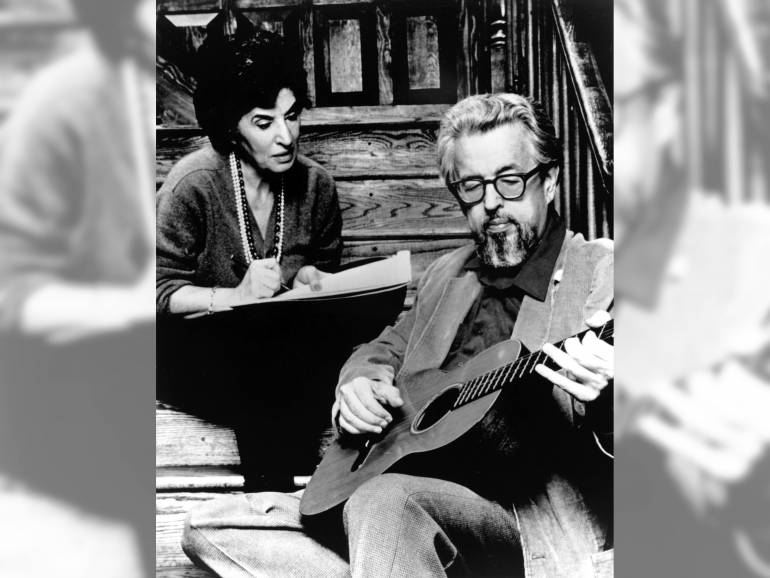 Former BMI President & CEO Del Bryant and his family were joined by more than a thousand guests at a reception celebrating the opening of an exhibit honoring his parents, legendary songwriters Felice and Boudleaux Bryant, at the Country Music Hall of Fame last Thursday. Attendees included industry tastemakers and songwriters who were influenced by the many, many hits written by the iconic duo throughout their career. The exhibit, entitled We Could: The Songwriting Artistry of Boudleaux and Felice Bryant, features artifacts provided by Del and his brother, Dane, that take guests through their parents’ intriguing story and major musical successes. Among other items on display is a collection of bound ledgers containing the Bryants’ original, handwritten lyrics and music for most of their hits, including “Bye Bye Love,” “Out Behind The Barn,” “Love Hurts,” “Come Live With Me,” “Rocky Top,” and other incomparable classics.

During the evening, several songwriters paid musical tribute to the Bryants, including Old Crow Medicine Show, who kicked off the celebration with “Country Boy,” the first song of theirs that was recorded, as well as their first hit. Jason Isbell and Alison Krauss commanded the stage with “Love Hurts,” which was a huge hit for Roy Orbison, the Everly Brothers, Gram Parsons & Emmylou Harris and Nazareth, among others. For the finale, Bobby Osborne ended with an unforgettable version of Tennessee’s State Song “Rocky Top.”