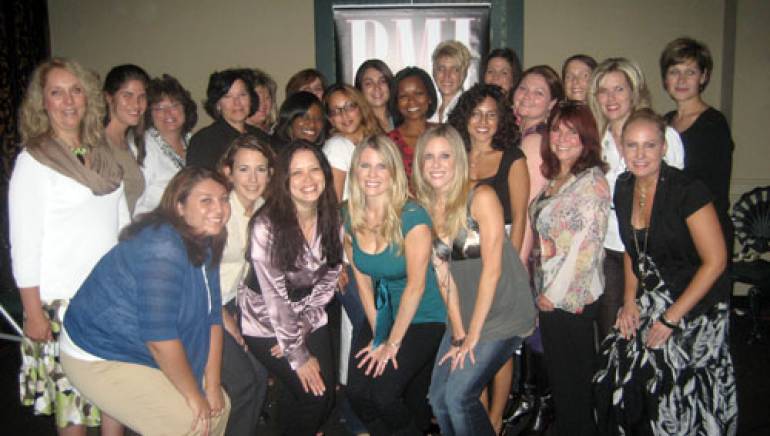 BMI’s Darlene Rosado (front row, third from left) and the Coppoloa’s (front row, fourth and fifth from left) pose with the ‘Rising Through the Ranks” class of 2008.

BMI presented a performance by country duo Kate and Kacey Coppola at “Rising Through the Ranks,” the 2008 Women in Radio Management & Leadership Training Program. The two-day seminar, held at the Radio Advertising Bureau (RAB) Academy in Dallas on September 9, was held in conjunction with BMI and the Mentoring and Inspiring Women (MIW) in Radio Group.

Identical twins, the Coppolas, who were recently signed to Big Machine Records, penned a song on George Strait’s new album and were finalists on the CMT show Can You Duet.