Posted in MusicWorld on January 12, 2011 by Lisa Zhito 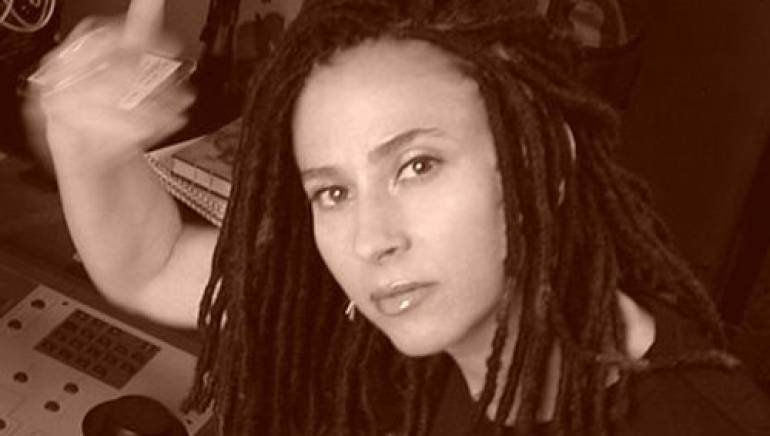 Seventy years after Rosie the Riveter turned our concept of “women’s work” upside down, there are few fields in which women are not fully represented.

One exception appears to be film, television and video game scoring. There are surprisingly few women enjoying successful careers in this niche of the film and music industry; those who do are often pigeonholed into female-centric projects: romantic comedies, kids’ features, and the like. Among those women who have bucked the trend – composers like Rachel Portman, Laura Karpman, Starr Parodi, Miriam Cutler, Nan Schwartz, Jennie Muskett, The Angel and Lolita Ritmanis – there is little agreement on why film scoring is still a boys’ club.

One issue is lack of mentorship for women, suggests Laura Karpman, who has scored films, TV and interactive video games for over 20 years. “When young people don’t see those role models, then they don’t feel that it’s a possibility for them.”

Rachel Portman, the first woman composer to receive an Academy Award (for “Emma”) and recipient of BMI’s Richard Kirk Award for outstanding career achievement, agrees. “I never really had a role model. I just sort of worked my own way into films by being so determined, because I knew it was something I just had to do, I had to be writing music for films.”

Portman struggled for years to break in, gradually parlaying tiny assignments of just a few weeks’ work into what is today one of the most successful film composing careers for either gender. Which illustrates another challenge: in such a highly competitive field, breaking in often comes down to connections, persistence or finding an alternate inroad.

The Angel, whose current work includes motion pictures and the TNT television series “HawthoRNe,” observes, “I’m not saying that being a woman isn’t an issue. But I believe a lot of the men who are very established now started a lot longer ago. They built their relationships and in a lot of ways have been able to create brands for themselves.”

Angel took an unconventional route into film scoring. Already established as a record producer and performer, she came to the table with a known musical personality which film directors wanted for their projects. Rachel Portman’s first calling card was a feature-length student film she scored while at Oxford. But for others, getting the requisite clips is the proverbial Catch-22: you can’t find work if you don’t have experience, and you can’t get experience if you can’t find work.

“The way things work in Hollywood is that it’s not only about the music, it’s about the credits that you have,” says Karpman. “When it comes to really trying to be proactive about hiring women and people of color–which, by the way, is an equally egregious problem–it means that maybe you listen a little bit more carefully, and forgive the lack of credits.”

Or forgive the types of credits. Says Karpman, “My favorite story is that I was once fired from a job because I was told my music was not ‘muscular’ or ‘masculine’ enough. I wound up using those rejected cues in a first-person shooter,” an action and weapons-oriented video game.

One of Angel’s first projects was the feature film “Boiler Room.” “My director Ben Younger wanted the score to be like all of the source music in the film, and the source music was all hip-hop. He knew that credibly I could take those elements and incorporate them into a score and it would feel seamless. But what it did to my overall career–even though it was a great project and I loved doing it!–is that people went, ‘Oh that’s what she does, she does that cool stuff.’

“And so it was kind of the opposite for me: I was known for doing the cool, harder, male-driven stuff, but nobody believed I could actually do something that was a bit more traditional, like I’m doing now.”

Says Karpman, “I could score any project that came my way. Ask Miriam Cutler. Ask Rachel Portman if she’s capable of scoring a bloody, violent action film. Ask her. I know she is!”

Portman doesn’t hesitate. “Absolutely! Of course I am! But I’ll do it my way. Probably, I’d put a more interesting slant on it, too.”

Portman adds that the street runs both ways. The producers and director of one recent project told her she was picked because they “needed a female to do the music.”

“You know,” she laughs, “as far as I’m concerned, a man could have done it just as well as me–but I was very happy to let them think that!”

Pictured, top to bottom, are The Angel, Rachel Portman, and Laura Karpman.