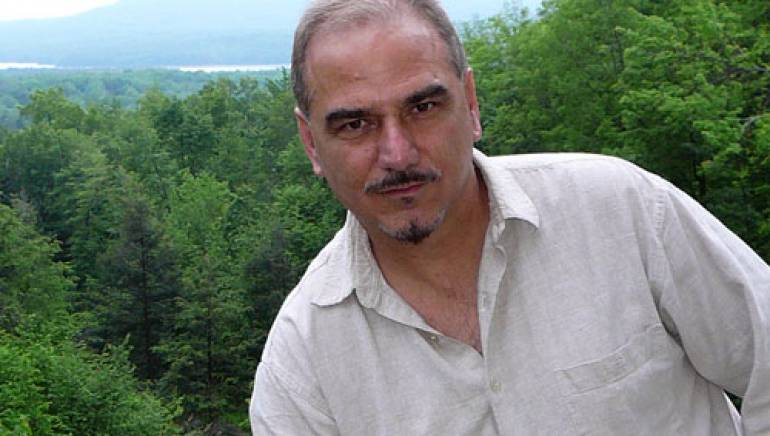 BMI classical composer George Tsontakis has been chosen to receive the Charles Ives Living, presented by the American Academy of Arts and Letters. Tsontakis will receive $75,000 a year for a period of three years, for a total of $225,000, and agrees to forgo all salaried employment during the award period; there is no restriction on accepting composing commissions. Tsontakis will begin his three-year term in July 2007.

In accepting the award, Tsontakis said, "I felt a complex mixture of emotions, a bit giddy with exhilaration, yet at almost the same moment a realization that there was a message attached to the gesture, in that a serious rededication to my work was beckoning. I am excited and very grateful to the Academy for this wonderful gift to my music, as well as moved by my colleagues for their vote of confidence in my work. The Ives Living will impact not only the next three years but the rest of my life; I only hope that I might be able to live up to its message."

George Tsontakis, who also won the prestigious Grawemeyer Award in 2005 for his "Violin Concerto No. 2," had over 100 performances of his major works last season, including dozens in Europe, with premieres of his "Third Piano Quartet (Opus One)," his "Fifth String Quartet" (Cypress Quartet), and "Man of Sorrows" (Stephen Hough, Dallas Symphony), with works on the schedules of the Chicago, American, Albany and Portland symphonies, the St. Paul Chamber, and Athens State orchestras. Hough's recording of Tsontakis's "Ghost Variations" on Hyperion Records was nominated for a Grammy Award for Best Contemporary Classical Composition and was cited by Time magazine as the only classical recording among its 1998 Top Ten Recordings.

Tsontakis continues his three-year Meet the Composer residency with the Albany Symphony and is Distinguished Composer-in-Residence at Bard College Conservatory. Other honors include Kennedy Center Friedheim awards in both chamber and orchestral music, the 2002 Berlin Prize, and the American Academy Award. He studied at Juilliard with Roger Sessions and has taught at the Aspen Music Festival and School since 1976. He founded the Aspen Contemporary Ensemble and was director from 1991 to 1999. Born in 1951 in Astoria, N.Y., Tsontakis now lives in Shokan, N.Y., in the Catskills Mountains.

Endowed by Ives's widow with the royalties from his compositions, the Charles Ives Living is given "to free a promising talent from the need to devote his or her time to any employment other than music composition during the period of the award." Nominations for the Academy's awards come from the 250 members of the Academy. Fellow BMI composer William Bolcom served as chairman of the selection committee.

The American Academy of Arts and Letters, chartered by Congress, was established in 1898 to "foster, assist and sustain an interest in literature, music and the fine arts." Founding members included William Merritt Chase, Kenyon Cox, Daniel Chester French, Childe Hassam, Henry James, Edward MacDowell, Theodore Roosevelt, Elihu Vedder and Woodrow Wilson. Each year the Academy gives away just under $1 million in awards to artists, architects, writers and composers. It presents exhibitions of art, architecture and manuscripts, and subsidizes readings and performances of new musicals. The 108-year-old organization is located in landmark buildings designed by McKim, Mead & White and by Cass Gilbert on Audubon Terrace at 155th Street and Broadway in New York City.