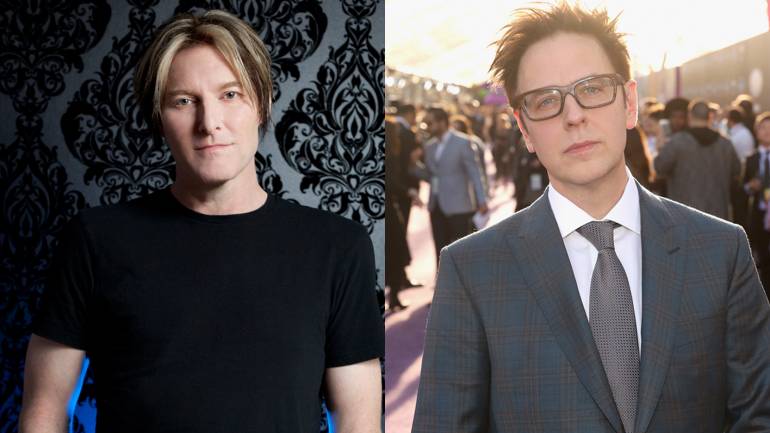 When BMI Award-winning composer Tyler Bates signed on to compose the score for the original Guardians of the Galaxy film, he never imagined that he would also be writing the music for an attraction based on the blockbuster film at Disneyland. Or co-writing and producing a fan favorite “disco version” of “Guardians Inferno,” featuring David Hasselhoff. Now with two Galaxy films down and a third on its way, Bates continues to please crowds as one of the most sought-after composers in Hollywood.

Although both Galaxy movies are based on mixtapes of vintage hit songs that director James Gunn selected expressly for these projects, Bates’ exhilarating scores not only set up dynamic scenes adding their own magical twists, they provide cues that expertly launch into the Awesome Mixtapes’ iconic tunes. Gunn, who both wrote and directed the films for the iconic Marvel studios, reflected on the making of the films and the importance of its music: “By the time I’m actually writing the screenplay, almost all of the songs [on the mixtapes] have been chosen. Music tells the story of a film just as picture does. My relationship with Tyler is one of the most important of my career – so he needs to understand the ins and outs of the storytelling as much or more than any other department head.” When asked why Gunn requested Bates to compose his scores in advance so Gunn could film to the music, he said, “I believe the earlier you get to the music, the more it’s organically part of the film and “baked” into it. It allows music, camera work, and acting all to be on the same page when you play the prerecorded score on set while shooting.”

As it turned out, Gunn was right on target in knowing that audiences would respond both to Bates’ score and the Awesome Mixtape #1 soundtrack, which reached #1 on the U.S. Billboard 200, becoming the first soundtrack album in history consisting entirely of previously released songs to top the chart. The film was also a critical and commercial success, grossing more than $773 million worldwide as the third highest-grossing film of the year. Set to the all-new sonic backdrop of Awesome Mixtape #2, this year’s sequel, Guardians of the Galaxy Vol. 2, continued the team’s adventures as they traversed the outer reaches of the cosmos, with Bates’ music a key component that helped make the film the fifth highest-grossing of 2017, taking in $863 million worldwide. Awesome Mixtape #2 also recently certified Gold in the U.S., selling over 500,000 units, while having held the No. 1 position on Billboard’s Soundtrack Chart for five consecutive weeks. When asked if he’ll approach Vol. 3 of the blockbuster differently from a musical perspective, Gunn said, “Yes, the music is different…so it has a different essence to it. That said, the Guardians films are a trilogy, so there is some connection to what came before it.”

So, what does Bates do when he’s not writing music for a film that won’t begin shooting until he’s done, as is happening again with Guardians of the Galaxy Vol. 3? He’s continuing to tour with none other than Marilyn Manson, whom he met on a Californication performance (one of his many TV credits as a composer) in 2014. Bates went on to co-write and produce Manson’s 2015 epic, The Pale Emperor, which was a runaway worldwide success, reaching #6 of the Billboard Top 200 and earning widespread critical acclaim, with Rolling Stone hailing it as the “#1 Metal Album of 2015.” Stepping into the spotlight as the band’s lead guitarist, Bates dedicated over a year to touring in support of the album on the headline Hell Not Hallelujah Tour. Now, he and Manson have once again joined forces in the studio for the follow-up, Heaven Upside Down, having kicked off another world tour in July supporting it. And that’s all while also writing a theme for his favorite NFL team, the Tennessee Titans, performing the “Star-Spangled Banner” solo guitar in the rain during a Thanksgiving 2015 game, as well as creating his phenomenal score for the recent blockbuster Atomic Blonde, among other notable entries on his jam-packed resume. Recently, BMI managed to catch up with Bates about his incredible adventures and his creative process driving it all.

Guardians of the Galaxy Vols. 1&2 feature chart-topping vintage songs that are crucial to the storylines. How did you manage to write scores that would complement them without having them collide with one another sonically, yet still stand out on their own as popular soundtracks?

Working with so many songs that are ingrained in the storyline is definitely a great challenge. For instance, In the Guardians movies, James Gunn writes the songs into the script as a dramatic subtext that are selected to have myriad emotional and dynamic impact throughout the film. Score may build and then be punctuated by a song, or perhaps a song jettisons us into action. In some cases, I may need to write a cue that is contrasting to the energy and emotion of the song so that it “pops” abruptly, or so that a critical plot line is apparent. It’s a case by case endeavor, and it’s critical to the success of the score to completely understand how the director is using songs to impact the emotion of the story, so I have lengthy discussions with directors about their song choices so that I am clear as to what my objective is.

How do the two scores differ? Was the second an extension of the first or did you take a different approach?

James and I felt that the “language” of the Guardians score was aptly stated in the first film, but that there was plenty of room to grow, and that the second movie would require a couple significant new themes in addition to the “Guardians of the Galaxy” theme. We had greater resources to work with on the second film, which afforded us a bit more time orchestrating and recording, which also meant that I could write with more complexity and detail in the score.

How did the characters in Guardians influence your musical ideas for the scores?

James and I agreed to approach the emotional aspect of the score with depth and sincerity - not an impression of a human emotion applied to a tree or a raccoon, but actual human emotion. The unique characters and environments in these films call for big thematic gestures, which is great fun to write. I’ve made plenty of drones and noise over the years!

What’s the writing process like for you? Do you hear musical ideas first, then play them out on an instrument or do you start with an instrument?

Initially, I like to allow the film or TV show, script, whatever I have to work with, gestate internally until I absolutely have to get it out and into a listenable musical form. I am always looking for emotion or combustible energy in my creative process. I also record myself free associatively playing various instruments, ready to harness an interesting mistake into a score motif or song idea. So, I do create from multiple approaches. Once in a while something good happens!

Tell us a bit about touring with Marilyn Manson. What part do you play in the band and what is it about performing on stage that made you want to take it on?

I love performing with Manson because we have become close friends through making music together that has made a significant impact on his career and the energy of the live shows. I love writing and producing records, and the opportunity to perform this music for audiences of 1,500 to 80,000 people on any given day is an awesome experience. When you’re playing in concert, music becomes immediate, and you think only about being in the moment, which is very different than solitary studio work.

In 2014, Manson asked me to play as lead guitarist in the band. I’ve toured several continents with him - many places I would probably have never visited otherwise, but he knows that besides having a family, my film and television music career takes precedent to touring. My friend Paul Wiley also plays guitar in the band, so if I need to miss shows he covers my parts. I travel with a tight portable studio, so I write music whenever I’m in a hotel or on a long bus ride, which allows me to stay on top of my work. I also fly back to Los Angeles on days off if we are in North America. It’s an extraordinary opportunity that has come into my life, for which I’m thankful.

Does playing rock music influence your orchestral film music or is it the other way around?

My life experiences influence everything that I do. The visceral aspect of “rock” music is something that I love, but I also love jazz and classical music as well as eclectic music that many people don’t have the patience or interest for listening to. I do think that from my many years working in film and television, that any music I write has a cinematic quality to it because I am now so accustomed to writing music to images with storytelling and emotion as its sole purpose.

Through working with directors and producers, I’ve learned to conduct a creative process that is uniquely comfortable for singers, which tends to yield positive results. Over time, the way I think about music is with a much bigger picture in mind, which oftentimes doesn’t include myself as a musician or performer in the final product, so undoubtedly, the ego that fueled me as a “rock guitarist” is now oriented to thrive on musical challenges in the context of a greater sum than myself or a band.

What advice would you give aspiring composers on breaking into the film scoring industry?

I suggest living life today so that your perspective is more informed by life experience than formal studies, or simply the desire to make it as a composer. Learn from every experience - good or bad - and carry that wisdom with you so that you can become a better artist and collaborator. Music is very important, but it’s not the entirety of the job. I also recommend expanding the scope of your thinking and your taste. There are musical styles that you may be unfamiliar with, so I suggest taking the time to understand the culture of as many musical styles as possible.

Also, think of the many mediums to which music is a key component. You may be surprised that you’ll discover something in your journey that is very different from what you originally thought was most exciting or interesting to you. There are many types of careers one can have that are interesting and satisfying if you work to broaden your lens along the way. Always show up, be reliable, be cool, and think about the type of artist and person you want to be.