Posted in MusicWorld on September 8, 2011 by Lisa Zhito 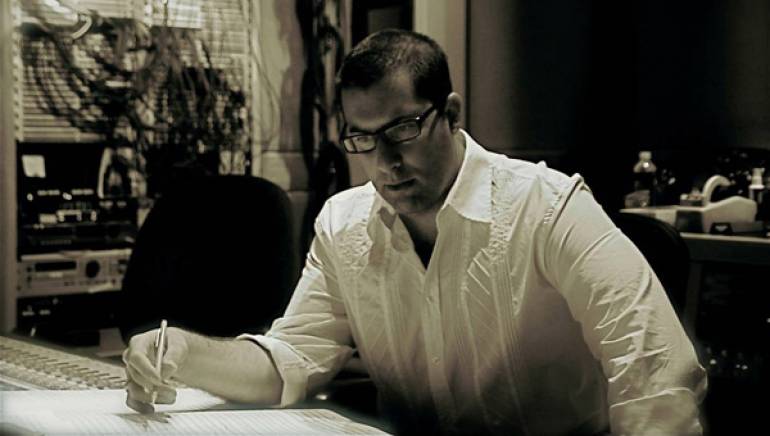 What do you get when you put members of the Beastie Boys, Jane’s Addiction, Dave Matthews Band and Pearl Jam together?

The all-star band was the brainchild of award-winning film composer Christopher Lennertz, whose goal was to ensure the score meshed seamlessly with the film’s source music. “[Director] Seth Gordon said he wanted it to feel very cohesive,” Lennertz explains. “When it went from a song to a piece of the score, he didn’t want it to feel like there was a big difference in terms of sound. So that’s when I decided we should go this rock route and bring in these amazing musicians.”

“I think a lot of times when doing rock-based scores, if you don’t have everybody in the same room, it doesn’t really feel as natural,” Lennertz explains. “We wanted have it really feel like a classic rock record, when people were creating with everyone there at the same time.”

That meant recording at L.A.’s legendary Village Studios, where everyone from the Eagles to Steely Dan has worked. “We even went so far as to use old microphones,” Lennertz adds, “and we went to analog tape first, to make sure we got that rock sound.”

Horrible Bosses was a departure for Lennertz, best known for scoring family-friendly fare like Hop, Alvin & The Chipmunks, Cats & Dogs: The Revenge of Kitty Galore and Marmaduke.

“It’s funny because I grew up playing in rock bands,” he says. “So after all of these family movies, ‘Horrible Bosses’ was an opportunity to really stretch my wings.”