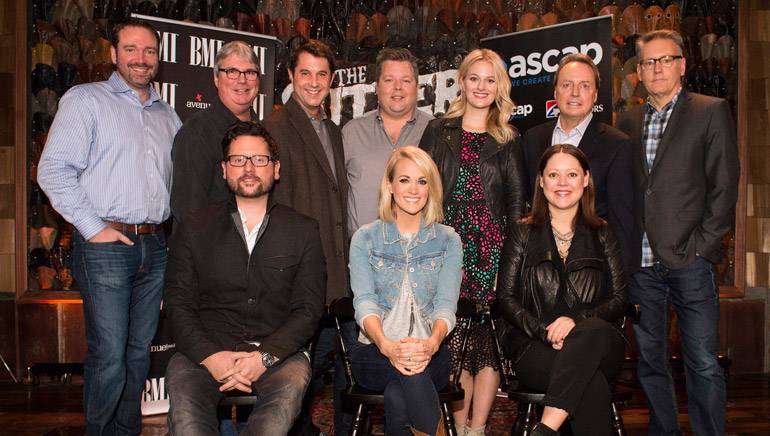 The Sutler Saloon in Nashville turned into a celebration spot for BMI songwriter Carrie Underwood and her co-writers on the number one hit “Smoke Break,” writers Hillary Lindsey and Chris DeStefano. The single marks the 22nd chart topper for Carrie, and her 12th as a songwriter. The track is Chris’ 12th number one and recent Grammy-winner Hillary’s 15th. The Jay Joyce produced song is from Carrie’s 5th studio album Storyteller, and broke records for the largest first week country radio adds. Carrie heads overseas to perform in Sweden, Norway, the UK and more during the month of March.