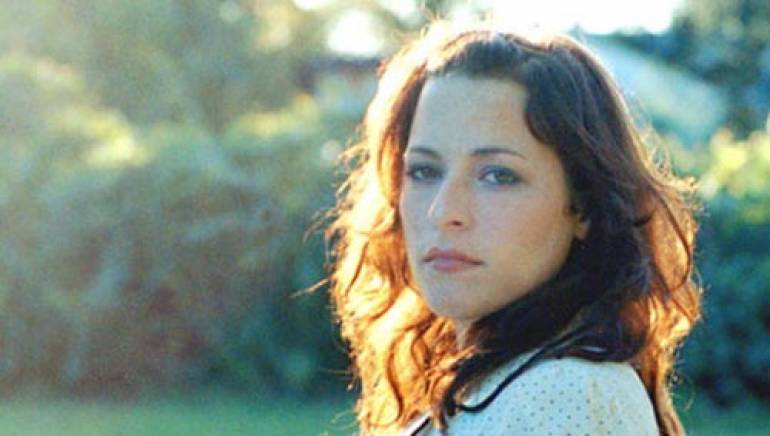 Mississippi-sown, barrel-aged in Tennessee, and finally cultivated in the marsh of the Carolina low country, 26-year-old songwriter Cary Ann Hearst is pleased to present her first full-length album… CAH: Dust and Bones.

Recorded in the basement studio, Rebellion Road, the production of CAH was a collaborative effort between Hearst, bass player Ash Hopkins and drummer Evan Bivins. The songs on Dust and Bones are a collection of warm, earnest vignettes about sordid family history, back country mythology and romances tattered and redeemed. While maintaining the organic and heart-worn sound for which Hearst is loved in her home town of Charleston, S.C., there is a sharp edge to Dust and Bones that reflects Hearst’s love for punk, swamp blues, ethereal gospel and primitive rock and roll.

When Evan Bivins and then bass player Johnny Gray stumbled into a Charleston, S.C., dive bar in 2001, they found Hearst playing her final gig with the country/Irish/pirate-folk band, The Boonies. Bivins, Gray, Hearst and a young Danny Cassady formed the local alt-country favorite, The Borrowed Angels, to play in the bars and make some cash. The Angels were always something to see… always high on whiskey, always playing songs they barely knew, always having more fun than anyone else in the bar, they were beloved in the Charleston music scene for juxtaposing raucus honky-tonk attitude against earnst songwritting. Their three-part hormonies were driven by Hearst’s sweet though increasingly gravely and whiskey-smokey voice.

Those years playing in Charleston’s bars galvanized Hearst place in that city’s music community, offering her the opportunity to write and perform with many of Charleston’s other young talents. Her writing collaborations include Dustin Welch (Scotch Greens), Bill Carson and Salder Vaden (Leslie). She performs with The Explorers Club and Michael Trent (the Films), and is featured on recordings by Ward Williams, Bill Carson, Michael Flynn (Slowrunner) and Lee Barbor (Caravan). Many of these artists come together to perform at Hearst’s live shows.

In November of 2004, Hearst produced “Le Chat Noir,” a rock and roll burlesque/cabaret with Bill Carson and His Checkered Past, The Defilers, The Borrowed Angels and a dangerous chorus line of rock and roll mamas. This year’s release of Dust and Bones featured special guest perfomances from The Explorers Club, Sadler Vaden and Josh Kaler (Slowrunner) on pedal steel. She closed the show with a heart-breaking performace of “The Straits of Our Love” as a duet with Kitt Gillespie of The Chimney Sweeps.

Her next project is the production of a rock n roll prom at the music farm that will feature her band, as well as The Explorers Club, and hundreds of rockers in punk rock prom gear. She’s comin’ to a town near you; do lock up your sons.