Posted in MusicWorld on August 31, 2009 by Ernest Barteldes 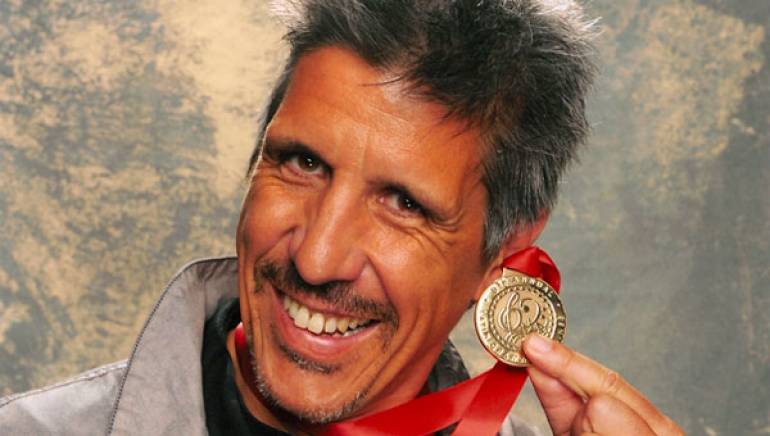 One could say that Grammy-awarded producer, arranger and songwriter Cachorro Lopez is one of the true pioneers of today’s Latin Alternative movement. After all, he’s worked with many of the genre’s key artists even before the “rock en español” explosion happened in the late 90s: collaborators include Gustavo Cerati, Aterciopelados, Antonio Vega, and more recently Enrique Iglesias, Christian Castro, Paulina Rubio and Julieta Venegas.

Lopez began his career as a bass player in England, playing with a reggae band called Jah Warriors. “I was there during the New Wave revolution, and there was a great musical vibe then,” he explains via a telephone interview from Buenos Aires. “There was a lot of interesting stuff going on, and much of what I learned there I brought back to Argentina when I formed my group here.”

After I returned to Buenos Aires, I was part of a very popular band here called Los Abuelos de La Nada,” he says. “I spent about five years with them until we broke up, and after that I toured Latin America with a singer called Miguel Mateos.”

It was around that time that he began his work behind the scenes as a producer. “I decidedly felt more comfortable doing that, and have since dedicated to doing this and also to songwriting.” He says the transition between touring musician and producer “happened in a very spontaneous way.”

“When I was playing with Los Abuelos, we made many records, and during that time I unconsciously became more and more focused on production, and every time we went into the studio, I took that responsibility upon myself. Before I knew it, I was the band’s producer without a formal title.”

After that, it became something natural when I started working with other artists to find the best songs, the best arrangements and musicians,” he recalls. “There was never a moment in which I actually came to a formal decision to produce.”

One of his most memorable tasks was 1997’s Tributo a Queen (Hollywood Records), a tribute disc to British band Queen that featured Spanish-language versions of hits like “We Are The Champions” and “Save Me,” along with the lesser-known “Some Day One Day” and “These Are The Days of Our Lives,” performed by artists like Soda Stereo, Fito Paez and Los Valderramas. The project – which became highly successful in Latin America – was originally conceived by Queen manager Jim Beach and former EMI CEO David Munns.

“The ‘Tribute’ was very interesting because it put me in contact with a vast diversity of musicians from different countries and styles,” he recalls. “Apart from coordinating the disc, searching for artists and assigning the songs, I also worked in the studio with most of the musicians. That was a great experience, and it spawned what became one of the favorite productions I have done in my entire life, Molotov’s ‘Bohemian Rhapsody/Rap Soda Y Bohemia’.”

Lopez feels that today’s Latin Alternative scene is going through what he calls “a very interesting period. Mexico is a country that has been very strong in the movement, and they continue to be so. Artists from that country have been making very strong music that has an alternative color with an Anglo indie music spirit with some traditional roots mixed in, which is quite intriguing – and the same is going on in other countries, like Colombia.”

Lopez has two different approaches when writing his music. “Many times I collaborate with the artists who I am producing. When we are choosing songs to include on the discs, I sometimes sit with them, as happened with Julieta (Venegas), Andres Calamaro and Belanova.”

Sometimes times when I write a song – I don’t write lyrics, I just write the music – I start with a riff or a simple melodic structure and build from that. Other times, I just play my guitar and sing. I like to bring together a group of musicians and play instrumentally – that helps inspire my creativity,” he explains. “Depending on the musical style I’m working with, the system will always be different.”