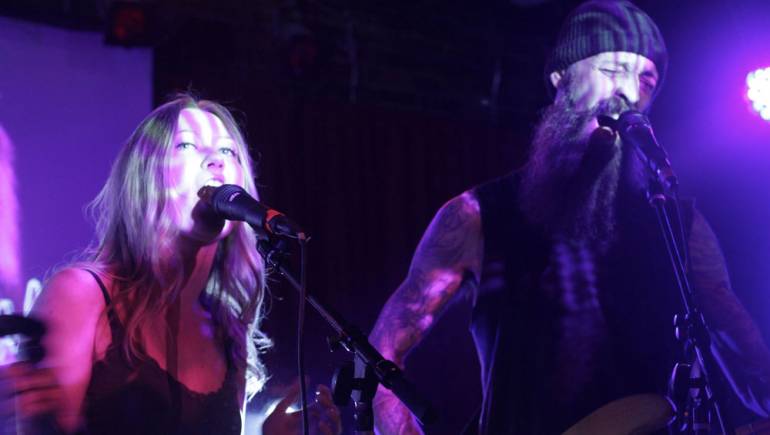 Pictured:  By Lightning delivers a winning set at round one of Road to Bonnaroo 2012. Photo: Drew Maynard

BMI, Mercy Lounge, the Bonnaroo Music and Arts Festival and the Nashville Scene kicked off the 2012 edition of the Road to Bonnaroo competition at 8 off 8th on Monday, February 27. The diverse round one lineup featured Colorfeels, By Lightning, Toy, The Hollywood Kills, Quichenight, Sam & Tre, Laura Reed, and Brandon Jazz & His Armed Forces. By Lightning took the night’s top prize, clinching the first performance slot up for grabs at Bonnaroo June 7-10 in Manchester, Tenn.