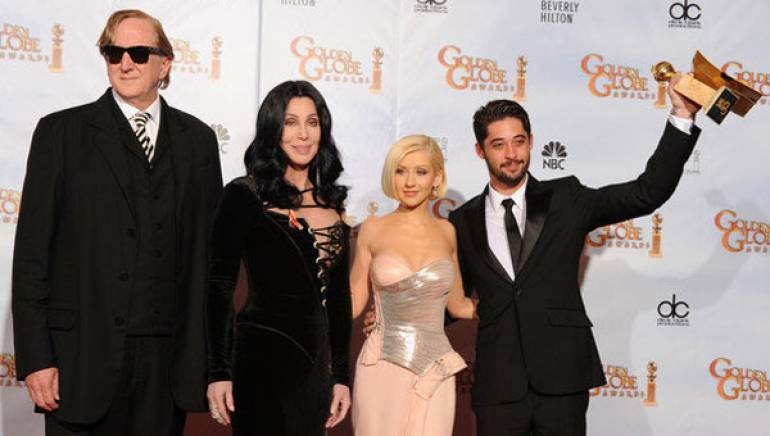 BMI songwriters T-Bone Burnett and Ryan Bingham walked away with a prestigious win at the 67th annual Golden Globe Awards. “The Weary Kind,” Burnett and Bingham’s co-composed theme song for the film Crazy Heart, earned Best Original Song honors during the star-studded ceremony on Sunday, January 17 in Los Angeles. Fellow BMI songwriter and star of the film Jeff Bridges also enjoyed a big night, winning the trophy for Best Actor in a Drama.

In Crazy Heart, the debut feature film from writer-director Scott Cooper, four-time Academy Award nominee Jeff Bridges stars as the richly comic, semi-tragic romantic anti-hero Bad Blake. Bad Blake is a broken-down, hard-living country music singer who’s had way too many marriages, far too many years on the road and one too many drinks way too many times. And yet, Bad can’t help but reach for salvation with the help of Jean (two-time Golden Globe nominee Maggie Gyllenhaal), a journalist who discovers the real man behind the musician. As he struggles down the road of redemption, Bad learns the hard way just how tough life can be on one man’s crazy heart.

The Crazy Heart soundtrack is currently available in stores and online, via Amazon, iTunes, and other outlets.

For more information on the 2010 Golden Globe Awards and a complete list of winners, please visit www.goldenglobes.org.