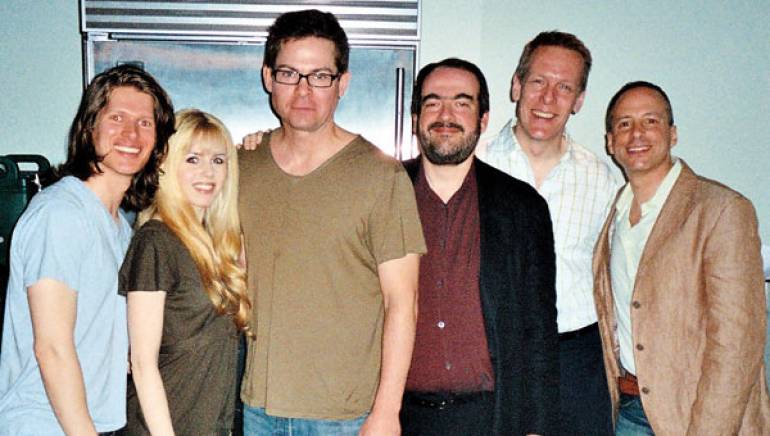 The Tony®-honored BMI Lehman Engel Musical Theatre Workshop participated in Symphony Space’s Broadway on Broadway, a 13-hour tribute to musical theatre, on Sunday, May 16. Three writers from the Workshop, Andy Monroe, Jack Letchner and Michael Zam, were interviewed by Workshop artistic coordinator Patrick Cook about their upcoming production of The Kid, based on the memoir by Village Voice columnist Dan Savage. The new musical, which explores the real-life adoption by Savage and his partner Terry, has been announced as part of The New Group’s (a not-for-profit producing organization) 2010 season. The New Group also co-produced Avenue Q, the Tony Award-winning musical by Workshop members Robert Lopez and Jeff Marx, now in its sixth year on Broadway at the John Golden Theatre.

Monroe accompanied Trent Dawson, who sang the title song, “The Kid,” Brooke Sunny Moriber, who sang “Spare Change,” and Lucas Steele and Dawson’s duet “When They Put Him in Your Arms.” The presentation was produced by Frank Evans, BMI Workshop special events coordinator. 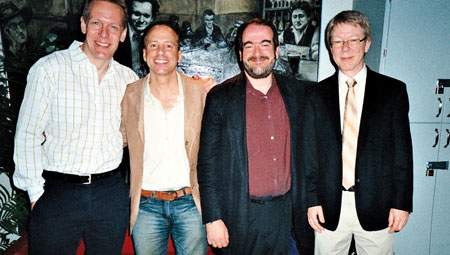 Other participants at the event included Harold Prince, renowned Broadway director who has been a Master at the Workshop Master Classes, and BMI writer Sheldon Harnick, lyricist for the classic musicals Fiddler on the Roof, The Apple Tree and She Loves Me, and also a Workshop Master.

BMI writers whose work was performed include Robert B. Sherman and Richard M. Sherman, with songs from Mary Poppins; Alan Menken, from The Little Mermaid; Jerry Bock and Sheldon Harnick, from Fiddler on the Roof, She Loves Me, and Fiorello! ; Harnick from New Faces; John Kander and Fred Ebb from Cabaret and 70, Girls, 70; Robert Lopez and Jeff Marx from Avenue Q; Tom Kitt and Brian Yorkey from Next to Normal; and Edward Kleban from A Chorus Line.