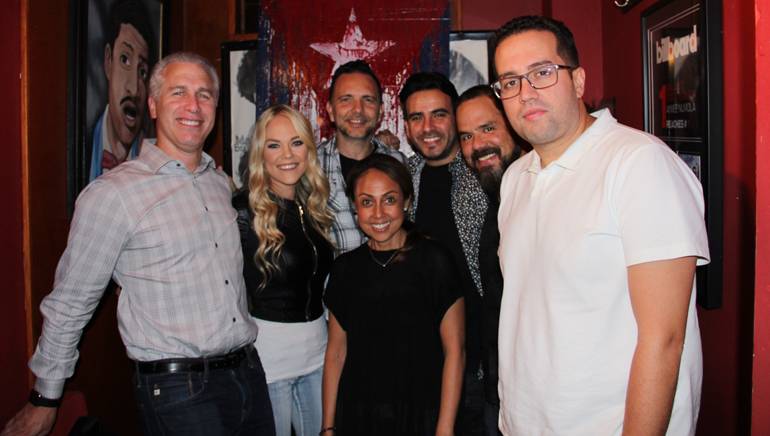 Ale Alberti opened the Bohemian-themed showcase by performing a handful of titles including “Alone,” which she co-wrote with BMI songwriter/producer Motiff at a recent BMI song camp. Songstress Sarah Lenore followed, accompanied by guitarist and famed music producer/songwriter José Luis Pagán, and serenaded attendees with “Falling Star,” “If We Try,” and “No Vale La Pena.”  Pagán also treated the crowd to an impromptu duet with CoastCity member Jean Rodríguez. Singer/songwriter Alicastro moved attendees with his beautiful ballads “Se” and “Ganas No Me Falta,” and then closed out his performance with “Funky Mambo.” CoastCity continued the high-spirited vibe with airings of “Noches y Mañanas” and “Desconocidos” before closing with “Purple and Prince,” his homage to the late music icon. The showcase culminated with a rousing set by Latin GRAMMY award-winner Jorge Villamizar, who performed a collection of his hits.