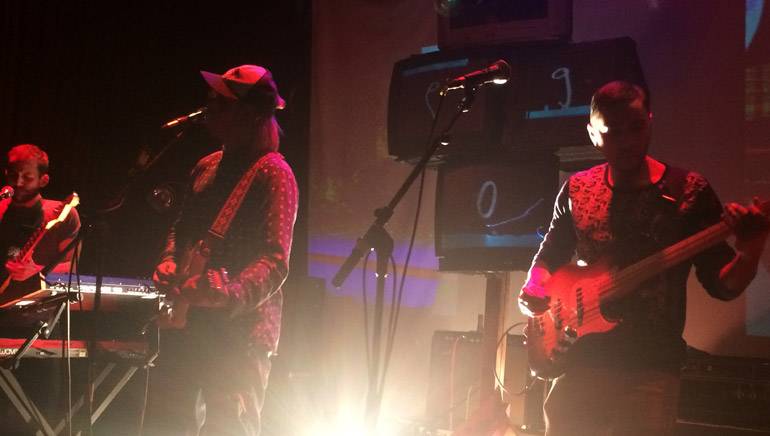 Sego performing at BMI’s January Pick of the Month

Broadcast Music, Inc. held its first Pick of the Month of 2015 on January 5 at the Bootleg HiFi Theater in Los Angeles, with one of three featured performance by alternative punk band Sego. The high-energy performance pictured here was held January 12 and was the second of Sego’s three-date residency, with the final show slated for January 19, also at the Bootleg. The show is free and open to the public, ages 21 and over.

BMI’s Pick of the Month is a monthly showcase designed to highlight a promising new act by introducing auspicious up-and-comers to both music industry executives and the general public in a top-tier Los Angeles venue. Past BMI “picks” include top performers such as Foster the People, Imagine Dragons, Jenny Lewis, Manchester Orchestra and Edward Sharpe and The Magnetic Zeros.