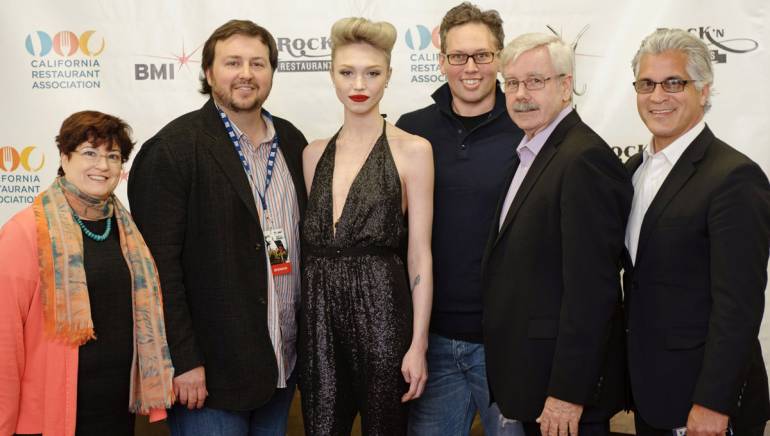 For the third straight year, BMI teamed up with the California Restaurant Association for “Rock N’ Restaurants,” a night of entertainment in conjunction with the CRA Lobby Day held on April 22 at the historic Crest Theatre in downtown Sacramento. CRA members and staff, as well as state legislators, were treated to a performance by Paradigm recording artist and BMI songwriter Ivy Levan.

Levan entertained the crowd performing songs from her EP, including “Hang Together,” “Hot Damn,” and “I Don’t Wanna Wake Up.”  The overall theme of the evening was to showcase the strong ties between great restaurants and great music. In addition, the marketplace heard firsthand how dependent songwriters and composers are on the royalties they receive from licensing fees paid by businesses that use their music.