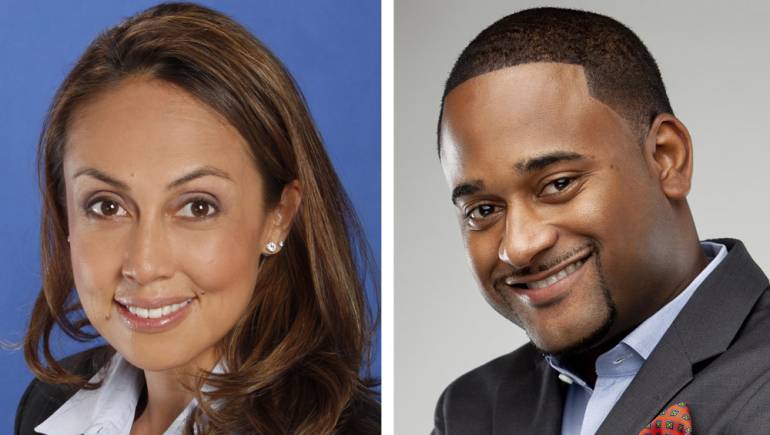 Based in BMI’s Los Angeles office, Delia Orjuela is Vice President, Writer/Publisher Relations, Latin Music for the organization. As a member of Billboard’s Latin Power Players, Orjuela garnered recognition for her “achievements in the past 12 months, the numeric measurement of those achievements, and [her] leadership within the broader industry.” The publication counts her relationships with Pitbull, Chayanne, Luis Fonsi, Chino y Nacho, regional Mexican group Calibre 50 and Francisca Valenzuela, as well as the massive recent chart dominance of those and other BMI Latin songwriters, as highly visible examples of Orjuela’s momentum. Her constant focus on songwriter career development through educational and performance opportunities—a distinct priority of BMI as a whole—also helped her make the cut.

“[I’m] honored to be one of ‘Billboard’’s 20 Latin Power Players for 2011,” Orjuela said. “I look forward to continuing to advocate the significance of Latin music.”

Byron Wright is Director, Writer/Publisher Relations, in BMI’s Atlanta office. In tapping him as one of its 30 Under 30, Billboard includes Wright in its list of “rising young executives who are driving our business forward.” The 28-year-old Wright is praised for his recruitment of hit-makers Bangladesh and Kane Beatz, both top BMI producers in 2010, and Lex Luger and Travis Porter, as well as his strong relationships with writer/producers Polow Da Don, Rick Ross and DJ Khaled. Wright’s unwavering dedication to working with youth—songwriters and business hopefuls, as well as kids without musical ambitions—also sets Wright apart.

“I’m honored to be a member of this prestigious group,” Wright said. “It means a lot to have my hard work and dedication to music recognized by ‘Billboard.’”