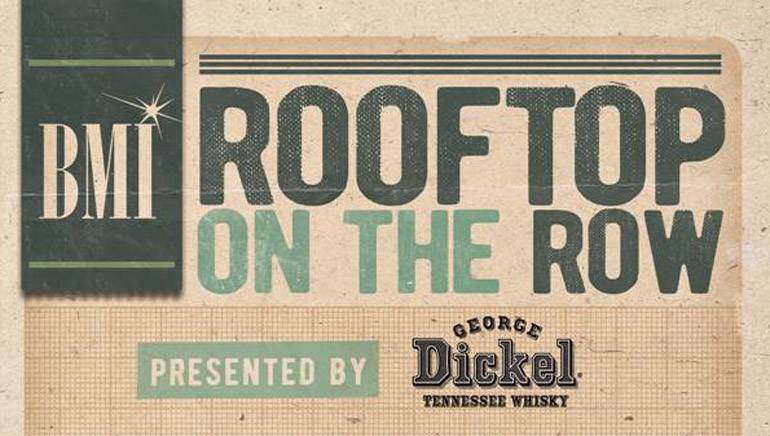 BMI is pleased to announce the return of our popular Music Row summer concert series, Rooftop on the Row, in partnership with George Dickel Tennessee Whisky, NASH FM 103.3 and 95.5 NASH ICON. The series will hit the ground running on April 24th with The Oak Ridge Boys and Trea Landon kicking off the first of six shows.

Throughout the summer season, BMI will showcase a variety of Music City’s hottest talent coupled with stunning views of the ever-changing Nashville skyline from BMI’s iconic rooftop deck. Featuring the best of both Country and Americana’s bourgeoning and established acts, this year’s lineup will offer unforgettable experiences all summer long, with recording artists Morgan Wallen, Lindsay Ell, Mitchell Tenpenny, Charlie Worsham, Riley Green and Lucie Silvas slated to perform, with many more still to be announced. Past performers include Walker McGuire, Fairground Saints, LOCASH, William Michael Morgan, Jon Langston, SUSTO, and Hurray for the Riff Raff.

“Last year’s rooftop series was such a success. We’re so excited to have George Dickel Tennessee Whisky and Cumulus back on board for another summer of incredible music,” said Mason Hunter, AVP, Creative. “As always, we are focused on bringing top-level talent to this event. BMI has the unique ability to pull from both legends and up-and-comers, creating a really special experience for our guests. The backdrop of our city is just an added bonus.”

Dates for upcoming shows are April 24, May 22, June 20, July 17, August 21 and September 11. For more information on the upcoming lineups and featured artists, check back here and/or follow BMI on Twitter and Instagram @BMI.