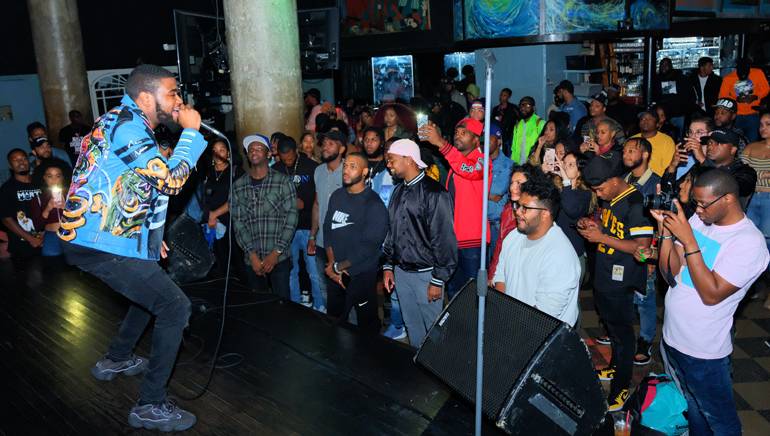 BMI’s Omar Grant kicked off the proceedings by introducing the evening’s host, radio personality Noodles, with DJ B-Law warming up the crowd before the featured performances. New rapper Rockstar Payso delivered an explosive set that demonstrated why there’s a buzz about his name, followed by a rousing performance by rising female powerhouse emcee Billy B. Brooklyn native Kas was next on the mic, followed by the infectious Afrobeat-inspired rhythms of rapper Blackway. Queens rapper LouGotCash provided the grand finale of the evening, performing an epic set that left the enthusiastic crowd hungry for more.