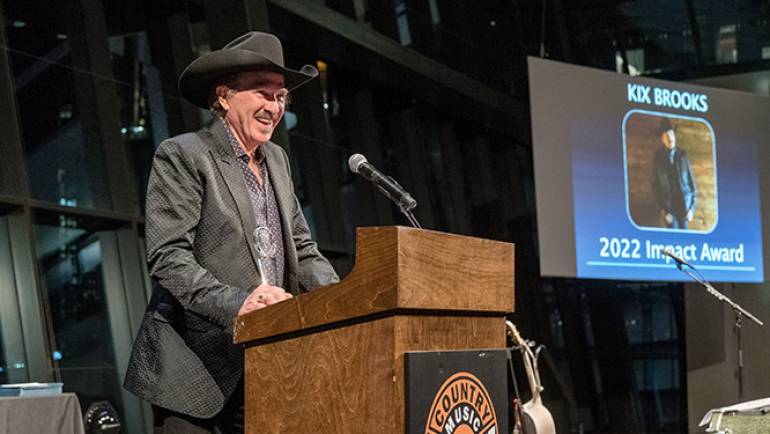 BMI joined broadcasters from across the state of Tennessee for the Tennessee Association of Broadcasters’ (TAB) 74th annual awards banquet which recognizes industry excellence. This year’s event, which took place recently (10/4) at the Country Music Hall of Fame in Nashville, TN, featured an inaugural Impact Award which was presented to BMI singer/songwriter and award-winning broadcaster Kix Brooks. The award recognized Kix for his long-running syndicated radio program, American Country Countdown. Throughout Kix’s broadcasting career he has been honored with multiple CMA National Broadcast Personality of the Year Awards, which makes Kix the first person to ever win a CMA Award in both the Artist and Broadcast categories. In 2020, the Academy of Country Music named him National On-Air Personality of the Year.

As part of the awards program, BMI singer/songwriter and Big Machine recording artist Chris Janson performed “Rock My World” for the audience of broadcasters.

For 74 years the Tennessee Association of Broadcasters (TAB) has been serving the collective needs of its members by providing resources that support both small independent broadcasters and network affiliates.