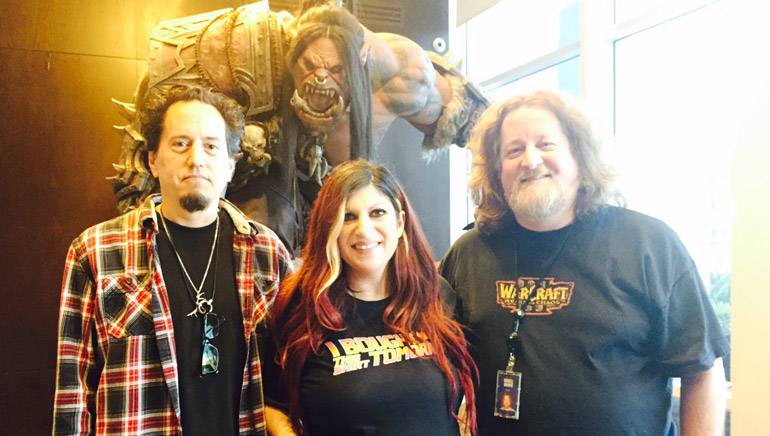 BMI’s Senior Director, Film, TV and Visual Media Relations, took a trip down to Blizzard Entertainment’s World Headquarters in Irvine, CA, for meetings with Blizzard Entertainment’s Senior Audio Director and Lead Composer, Russell Brower, and Project Music Director and composer Derek Duke. Cecere met with the duo to talk about the music in their games and how influential it has become. The discussion also focused on music publishing for game music, soundtracks, live concerts of videogame music, as well as Blizzard’s best-selling and award winning Warcraft Universe, their newest releases and the company’s current work with Hollywood Studios on live-action films based on their properties.

Blizzard Entertainment’s track record of back-to-back #1 games spans more than two decades, including its most recent releases, Overwatch, World of Warcraft: Warlords of Draenor, Hearthstone: Heroes of Warcraft, Diablo III: Reaper of Souls, and StarCraft II: Heart of the Swarm. The company has also garnered broad critical acclaim, achieving multiple Game of the Year awards across each of its blockbuster franchises. In addition, Blizzard Entertainment’s online-game service, Battle.net, is one of the largest in the world, with millions of active players.