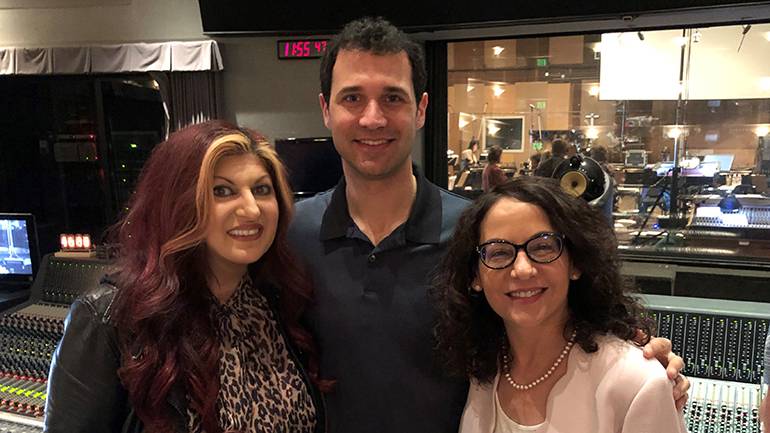 It’s nearly impossible to keep up with BMI composer Ramin Djawadi. Just last month the in-demand scribe landed an Emmy for Outstanding Music Composition for a Series (Original Dramatic Score) for the blockbuster Game of Thrones, which was the most watched show in HBO’s history. The work propelled Djawadi to team up with Live Nation for Game of Thrones Live, which finished it’s concert tour on October 5 at the Hollywood Bowl. In May, he collected a BMI Award for his outstanding music in Westworld. Now, he’s responsible for the score to Gears of War 5, (listen here), which although just launched, has already broken records for any Xbox game studios game this generation. BMI’s Senior Director – Creative, Film/TV & Visual Media Anne Cecere was able to witness Djawadi’s incredible score come together for Gears of War 5 when she sat in on the closed scoring session with the composer and the creative team. To say he’s a busy guy is an understatement, and with his current work on Tom Clancy’s Jack Ryan TV Series for Amazon, it doesn’t look like things will slow down anytime soon.