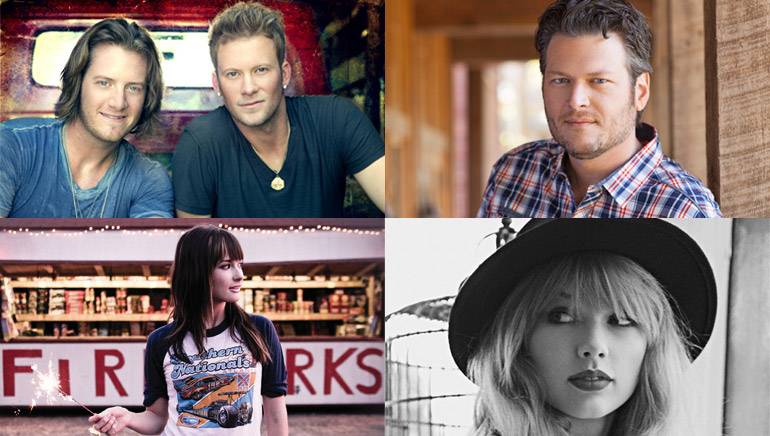 On the heels of last year’s sweep of the CMA Awards, BMI’s country music songwriters and producers are well positioned for another great year in 2013. BMI affiliates received the vast majority of award nominations - four out of five in most categories, the entirety of the Male Vocalist of the Year category and at least one writer on each of the Song of the Year contenders.

Newcomer Kacey Musgraves and Taylor Swift received the most nods, with six each. Both artists will be competing for Female Vocalist of the Year, Single of the Year and Album of the Year. Additionally, Swift is up against reigning Entertainer of the Year, Blake Shelton, for that honor, and Musgraves, not surprisingly, is up for New Artist of the Year.

Including the nomination for Entertainer of the Year, Blake Shelton earned an impressive five nods. Red-hot Florida Georgia Line pocketed four, notably consisting of Musical Event of the Year for their hip-hop reimagining of “Cruise,” along with Duo of the Year.

Keith Urban, Jason Aldean and Miranda Lambert all made a strong showing as well. The 47th Annual CMA Awards takes place on Wednesday, November 6, 2013, in Music City. The full list of BMI writers with nominations is below.

ENTERTAINER OF THE YEAR

SINGLE OF THE YEAR

ALBUM OF THE YEAR

Based on a True Story – Blake Shelton
Produced by Scott Hendricks