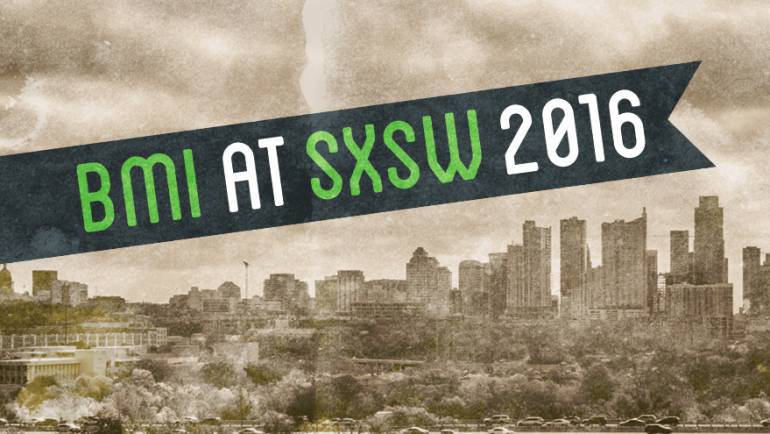 BMI songwriters are ready to blow the doors off venues at SXSW with the return of BMI’s renowned indie rock and Latin showcases, unstoppable acts at Lambert’s Day Party, welcoming and farewell performances at the Austin airport, and a very special performance by the one and only Iggy Pop! In addition, BMI executives are also holding a mentoring session and participating again this year in the Content, Copyright, and Commerce panel.

The fun begins the moment fans step off the plane on March 13, when songwriters, including Suzanna Choffel, Charlie Belle, Jai Malano, Charlie Faye & Fayettes, and Carson McHone play at Ray Benson’s Roadhouse Main Stage at the Austin Airport. These performances run through March 18.

Then on Wednesday, March 16, BMI and SAG-AFTRA present the legendary Iggy Pop at ACL Live at the Moody Theatre. The rock icon recently collaborated with Queen of the Stone Age’s Josh Homme and this show will be one of the first times the pair showcases their collaboration live.

And is if these stellar line-ups aren’t enough, BMI’s Bradley Collins will offer a mentoring session on Wednesday, March 16, from 2:00PM - 3:00PM at the Austin Convention Center, Room 8AB, while BMI’s David Levin will be contributing to the very informative Content, Copyright, and Commerce panel to be held Thursday, March 17, from 3:30PM - 4:30PM, also at the Austin Convention Center, Room 17B. Both events are sure to provide valuable information on the ever-changing industry that every music creator should know.

Hold onto your seats and don’t miss any of these one-of-a-kind events. Rock on SXSW!

For complete information on BMI at SXSW please click here.