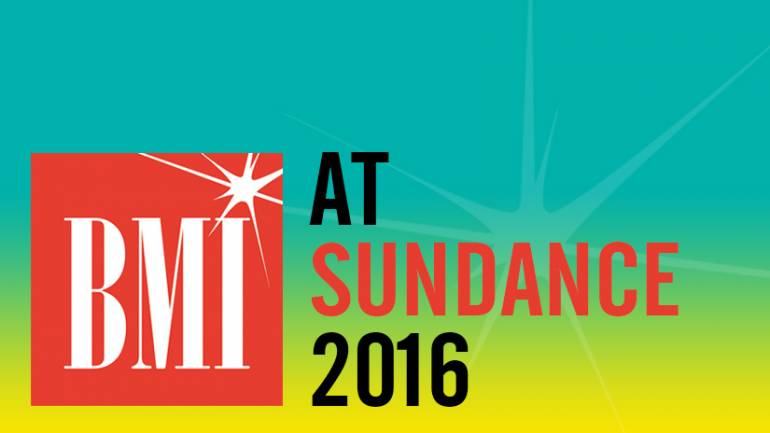 BMI will once again partner with the Sundance Institute to present the 18th annual “Music & Film: The Creative Process” Composer/Director Roundtable and 14th annual Snowball showcase during the 2016 Sundance Film Festival in Park City, Utah.

The roundtable will take place on Monday, January 25, from 2:30 p.m. to 4:30 p.m., at the Samsung Innovation Studio (638 Park Ave., Park City, Utah) with the conversation moderated by Doreen Ringer-Ross, BMI’s Vice President of Film/TV Relations. “Music & Film: The Creative Process” is a cornerstone event of the festival exploring the role of music in film. Focusing on the relationship between composer and director, panelists will discuss what goes into creating a successful film score, the ingredients of an effective composer/director relationship, the Sundance Film Festival experience and more.

“We are proud to be so closely aligned with Sundance Institute’s Film Music Program throughout the year,” said Ringer-Ross, “and we are committed to shining a light on our composers at the Sundance Film Festival because they provide an essential and deeply emotional element of filmmaking that is so subliminal that it often goes unnoticed and uncelebrated.” 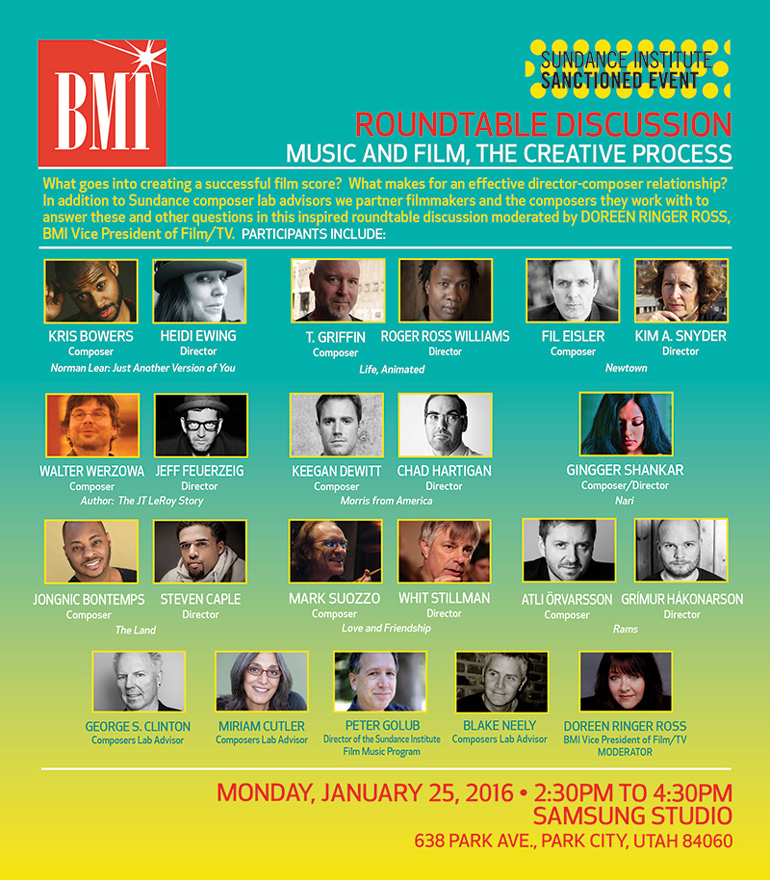 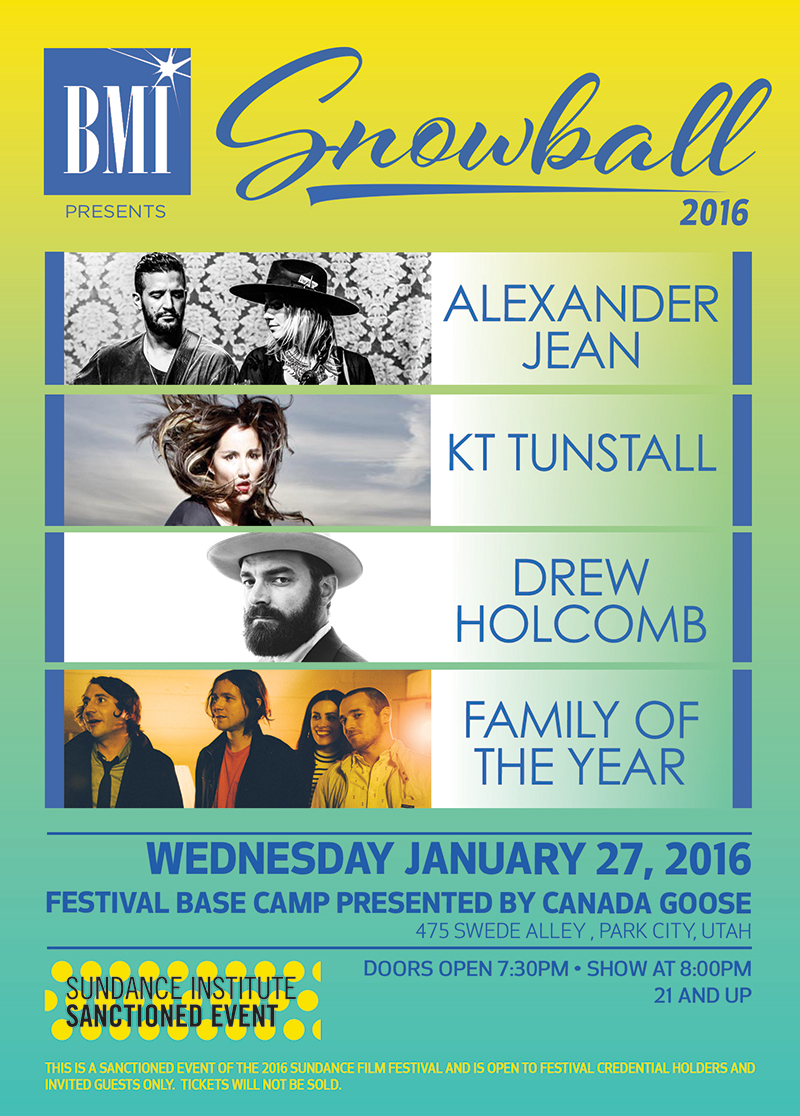 Both the Composer/Director Roundtable and Snowball exemplify BMI’s focus on nurturing and sustaining relationships with emerging and established composers. Our Film/TV department is proud of its long-standing relationship with Sundance Institute to promote their shared value of music in film. As we continue these efforts, BMI’s innovation in the genre is unparalleled with an impressive roster of Film/TV composers that includes John Williams, Alan Silvestri, Danny Elfman, Rachel Portman, David Newman, Thomas Newman, Mike Post, Harry Gregson-Williams, James Newton Howard, Mark Mothersbaugh, Rolfe Kent and Alexandre Desplat.