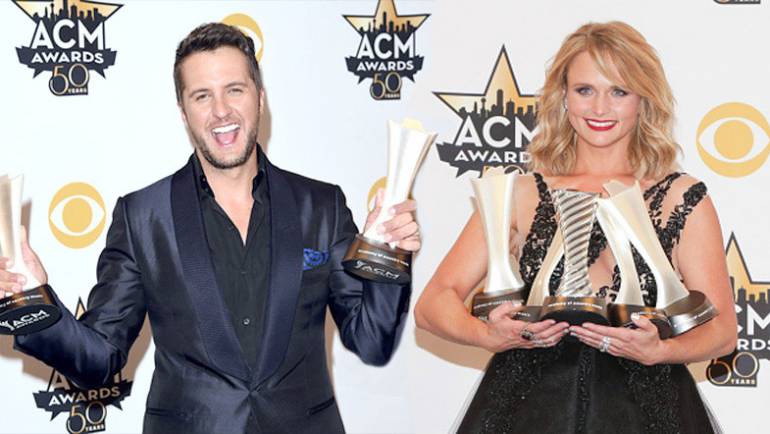 The award show, held in Dallas, Texas, was peppered with performances by top BMI artists including Eric Church and Keith Urban, who kicked off the show with a version of Church’s tribute to Merle Haggard, titled “Pledge Allegiance to the Hag.” Following was Church’s hit “Raise ‘Em Up” and Vocal Group of the Year winners Little Big Town, who performed their latest single, “Girl Crush.” Multiple award-winner Miranda Lambert also regaled the audience with two of her hits, “Mama’s Broken Heart” and “Little Red Wagon.” Winners of one of the 50th Anniversary Milestone Awards Brooks & Dunn reunited for a performance of one of their most iconic tunes, “My Maria,” and Martina McBride sang her 1993 GRAMMY-nominated hit “Independence Day.”

Congratulations to all of BMI’s winners!

Entertainer of the Year
Luke Bryan