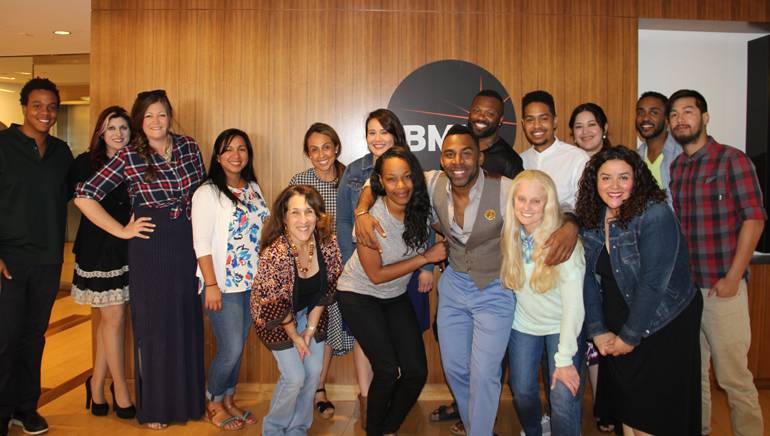 BMI singer/songwriter MAJOR. stopped by the LA office and treated the BMI staff to a phenomenal performance, while making rounds during BET week. Accompanied by fellow Berklee alumnus Darien Dorsey on piano, MAJOR., already renowned as a fresh new voice in soul-pop music, performed a selection of acoustic renditions, including “Serendipity,” a lovely medley which included “You Are So Beautiful,” “Just The Way You Are” and his current single, “Why I love You,” which, after only one month since its release, has accrued 250K video views and is thriving on the Urban AC charts. MAJOR. is no stranger to the music industry, having written for Ariana Grande, Nathan Sykes and EPIC Records’ Think Like A Man Too original motion picture soundtrack. His debut EP will drop this in late July.