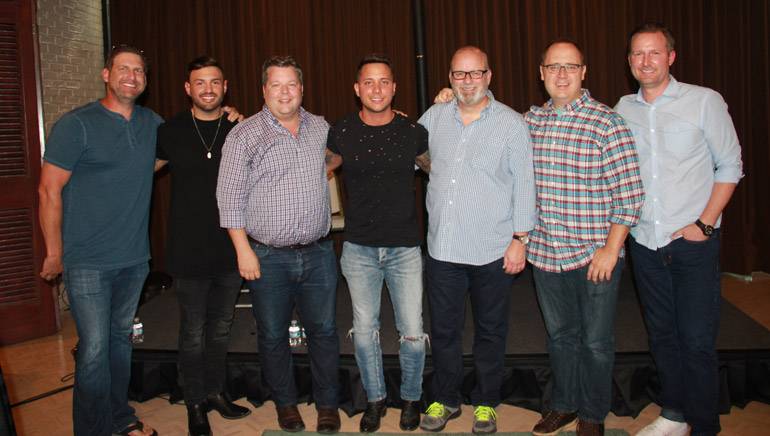 BMI’s writer-publisher lobby turned into the site of celebration for the release of BMI songwriter Carter Winter’s sophomore album The Whiskey In Me. Produced by Grammy award-winning producer Chad Carlson with renowned producer Mark Bright, the album features Spotify New Boots playlist entry “Lipstick on My Bottle.” Carter treated the crowd of industry executives, family and friends to two songs off the album and a litany of stories about the making of the record. Producers and collaborators also spoke, all in high support of Carter and his work. Congratulations on the new album, Carter!