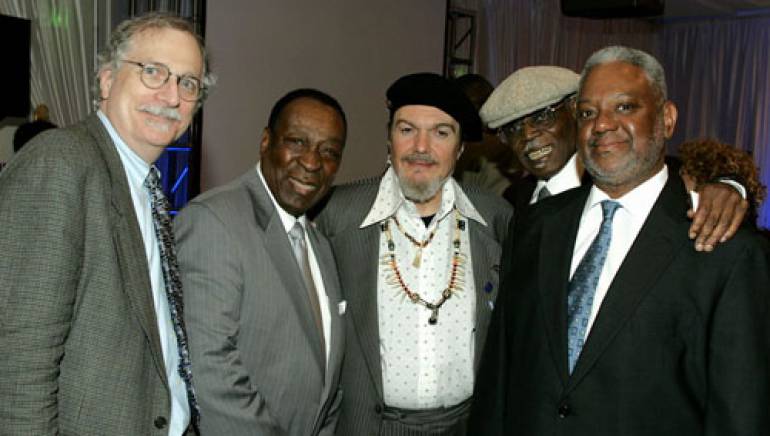 BMI songwriters made a clean sweep of the 2007 Blues Music Awards, winning in every category. To date, BMI songwriters have won 95% of these awards, the highest recognition of excellence in the blues community, given out by the Blues Foundation.

The event was held on May 10th at the Cook Convention Center in Memphis, Tennessee before an enthusiastic crowd. In addition to the awards ceremony, more than25 performances by leading blues musicians took place over nearly 8 hours of dynamic entertainment.

The evening’s top winner of the night was Memphis native son and harmonica wizard Charlie Musselwhite. His current release, Delta Hardware, won Album of the Year and Traditional Blues Album of the Year, while the track “Church Is Out” was named Song of the Year; Musselwhite won Best Instrumentalist –Harmonica as well.

Other multiple winners included two Louisiana leading lights: Big Easy vocalist Irma Thomas won Soul Blues Female Artist of the Year and Soul Blues Album of the Year for her current release, After the Rain. Guitarist Tab Benoit took home Contemporary Blues Artist of the Year and B.B. King was named Entertainer of the Year. Both Thomas and Benoit spoke of the on-going need for support of those in their home state, still devastated by the aftermath of Hurricane Katrina.

The complete list of winners follows. For further information on the Blues Music Awards and the Blues Foundation consult http://www.blues.org

Tab Benoit
B. B. King Entertainer of the Year
Contemporary Blues Male Artist of the Year

Rory Block
Acoustic Blues Album of the Year: The Lady and Mr. Johnson

Guitar Shorty
Contemporary Blues Album of the Year: We The People

Lil’ Ed & the Blues Imperials
Band of the Year