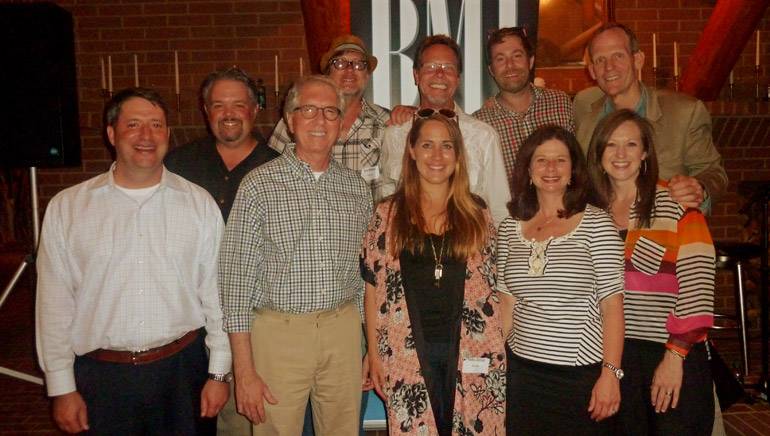 Restaurateurs from the Sooner State were treated to a Music City tradition as BMI presented an intimate songwriters round at the Oklahoma Restaurant Association board dinner held June 3 at Fontanel in Nashville. Bruce Wallace, Kelly Archer and Phil Barton wowed the audience playing hits such as “On My Highway” (Jason Aldean), “Damn You Bubba” (Trace Adkins), “Love Like Mine” (ABC Nashville’s Hayden Panettiere), “Gonna Die Young” (Dierks Bentley) and “A Woman Like You” (Lee Brice), to name a few. The Oklahoma Restaurant Association represents more than 4,000 restaurant and foodservice members and has been a BMI partner for eleven years.