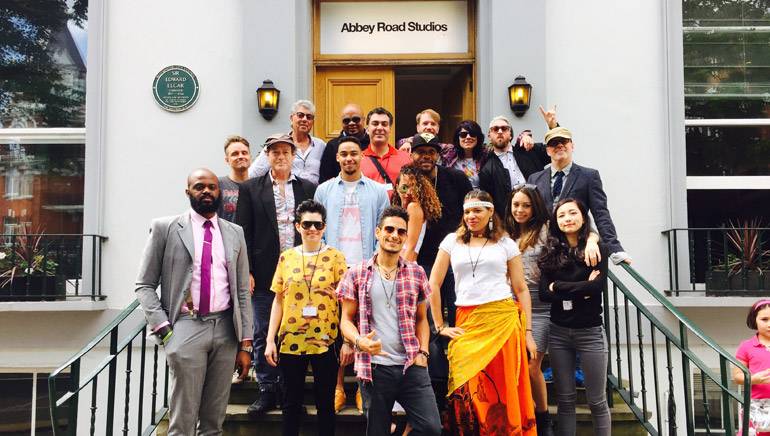 For the second year running, BMI hosted BASS Camp (BMI @ Abbey Road Songwriter Sessions), taking over Studio 3 at Abbey Road Studios in London. The three-day camp, held July 31 – August 2, is the only songwriting camp sponsored by a performing rights organization at the legendary studios, which is most often used now only to record and track music, making the event even more significant. BMI affiliates from the Caribbean, Asia, South America, Europe, as well as the USA attended, using every nook and cranny of Studio 3 (as well as the garden) to write and create some amazing songs.