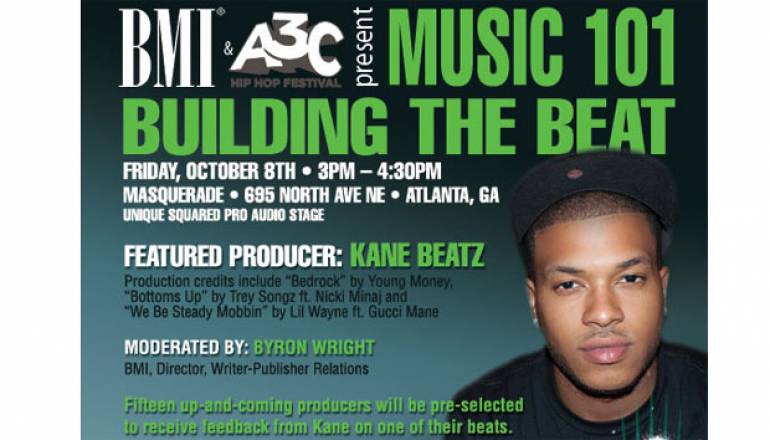 Now in its 6th year, the A3C Hip Hop Festival is a two-day, three-night event held annually in Atlanta, GA. This year’s festival is slated for Oct 7-10, 2010. Since 2005, the event has featured over 500 of the most powerful artists in hip-hop, including B.o.B, Black Sheep, The Clipse, DJ Premier, The Juice Crew, Killer Mike, Little Brother, Rakim, Souls of Mischief and Wale.

BMI Music 101: Building the Beat is part talent-spotter, part industry-savvy tutorial. Moderated by BMI’s Byron Wright, the workshop puts a room of promising up-and-coming producers in front of a top producer, who discusses the ins and outs of helming the boards, from the business of hit-making to the process of bottling creativity. A select number of participants will also have the opportunity to receive a critique of one original beat. Past featured producers have included Zaytoven, DJ Toomp, and Bangladesh.