BMI will distribute more than $732 million in royalties for its 2006-2007 fiscal year to the songwriters, composers and copyright owners it represents, an eight percent increase over the prior fiscal year. The rise in revenues is attributed to the company’s robust music catalog, successful licensing of music across a diverse range of media, and revenue growth in foreign markets. BMI also posted record-setting revenues of more than $839 million, up seven percent from the prior year. This milestone represents the highest annual revenues and royalty distributions ever reported by a performing rights society. BMI also announced that overhead dropped to 12.7 percent, the lowest in the company’s history. 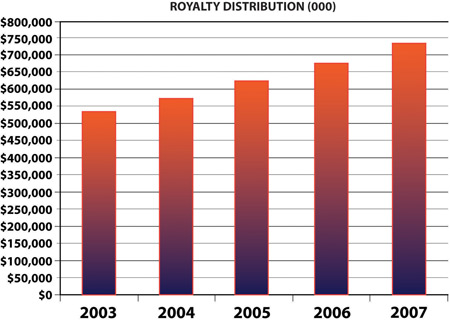 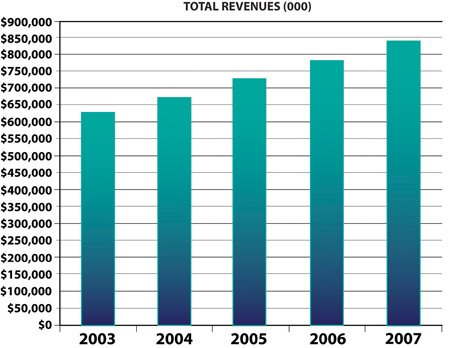 “The dynamic growth and continued popularity of the BMI catalog have made these outstanding financial results possible at a time of unprecedented change in the media and entertainment business,” said BMI’s President and CEO Del Bryant. “Our success is a reflection of developing win-win business solutions for both our affiliated songwriters and our customers, enabling us to respond to significant changes in our business environment that are part of the continued transition from the analog world to the digital.”