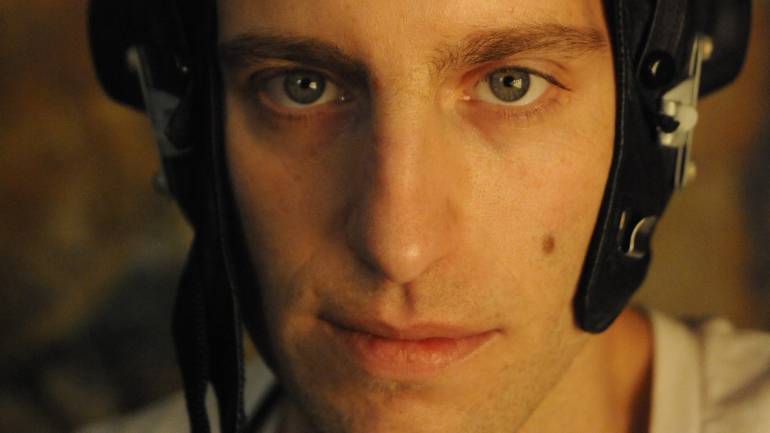 Matthew Leone’s story is something out of a movie, the kind that deeply moves and inspires, but not before causing shock and horror. In 2010, the bassist for Chicago alt-rock band Madina Lake was walking home when he heard a woman crying for help. Instinctively, Leone came to her rescue, not realizing the extent of the domestic dispute between the woman and her attacker until he was under attack himself. Doctors estimated he took some 175 hits to the face, before eventually losing consciousness on his way to the hospital. When there was no one on staff capable of performing the surgery Leone needed, his brother Nathan (also a member of Madina Lake) transferred him to UIC Medical Center, where the chief of neurosurgery saved Leone’s life. Throughout the course of these events and the two surgeries he underwent, Leone flat-lined twice. Looking back, Leone says not helping the victim wasn’t even an option. “It was instinctive for me,” he tells BMI over the phone from his Chicago home. “There was no reservation or doubt in my mind.”

Leone’s heroism made headlines, with local musicians and everyday people asking how they could help throughout the course of his long and painful recovery. Enter the Sweet Relief Musicians Fund, a non-profit organization that provides financial assistance to all types of career musicians who are struggling to make ends meet while facing illness, disability, or age-related problems. The Fund helped raise money to help Leone offset his mounting medical bills, which he estimates add up to upwards of $340,000. That, coupled with government grants, have helped Leone move on with his life, even as the civil trial for the attacker is still ongoing. Leone recalls one of the many fundraising concerts that took place in his honor in Chicago, including one where legendary Chicago rock band Smashing Pumpkins performed at the city’s Metro venue in July 2010, raising an estimated $80,000. At that same concert, Chicago Governor Pat Quinn gave a speech in Leone’s honor and declared July 27, 2012 Matt Leone Day. “At the time the Pumpkins did the show, I was confined to the bedroom I was recovering in,” recalls Leone. “It was kinda funny because I was taking a bath and my wife was changing the bandages. And we had a few people calling from the venue, so we were listening to Governor Quinn give a speech and Nathan accepting an award [on my behalf]. You just have to picture a funny scene of me in the bathtub, with tears in my eyes [laughs].” His wife, Autumn’s, constant care, his brother’s love and the generosity of the people nursed Leone back to health to the point where he could play music again. “It was about a year until I could get up and function and start getting back to normal life,” says Leone. “Over the course of two years I would have these energy crashes, where I would just sort of get tired out of the blue and need to go lay down or something. But now, I’m almost one hundred percent.”

Re-learning his instrument took some time, too, but eventually Leone was able to play in front of a crowd again with Madina Lake. Now the band has started to tour in support of their new EP, World War III. Leone’s first show since the attack, in April 2011, was an unforgettable experience. “I felt like maybe I was rushing it a little bit before I was ready, but I was so overwhelmed with the unified energy in the room that it carried me through the whole thing,” says Leone of that night. “And I gotta say, I feel eternally humble and grateful to have had all of that energy and those vibes sent to me. I guess it’s hard to find the words…”

Living through what he did gave Leone a whole new perspective, one where giving back is central to his life. To that end, on August 1, Leone, the Sweet Relief Musicians Fund, BMI, Lollapalooza and Do123 will host a Lollapalooza launch party leading up to the music festival that will raise funds for the Chicago Musicians Fund (Sweet Relief’s Chicago chapter). It’s one of Leone’s many ongoing efforts to give back, and hosting the fundraiser right before Lollapalooza is a smart, strategic move. “You figure you have the whole industry there, from the artists right through to the business people, so it’s a perfect time for the exposure and to marry Lollapalooza to the Chicago charity,” says Leone. BMI act Beast Patrol and Modestep (PRS) have been confirmed as performers, with another special guest to be announced soon.

“You hear it all the time when people talk about the gratification, the reward, the fulfillment they get from giving back and I never understood that beyond the sort of cliché of it until now,” says Leone. As painful as this experience has been, he says he went through it for a reason - and he has no regrets. “When that happened, it really brought everything into perspective,” says the musician, who was separated from Autumn at the time of the attack. The couple is now stronger than ever. “It trivialized all of the tertiary nonsense in life that we wind up paying too much attention to. It just sort of stopped the world so we could recalibrate and remind us of what mattered,” he adds.

Join Leone, Sweet Relief Musicians Fund, BMI, Lollapalooza and Do312 on August 1 at AAA Space in Chicago (21 and over, doors open at 8 p.m., show starts at 9). The night will features performances, open bar and food, a live DJ set and a silent auction of signed items donated by Lollapalooza artists Phoenix, Band of Horses, New Order, Postal Service and more. Tickets will be available as of July 24 on Ticketfly. Following the fundraiser, don’t miss the BMI Lollapalooza stage (#BMILollaStage) on August 2, 3 and 4, where 21 buzzworthy acts will perform.