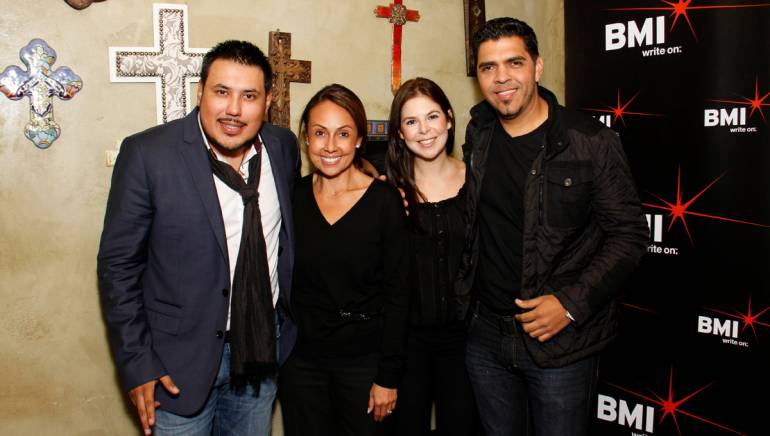 On Monday, September 7, Broadcast Music Inc. and Los Compositores celebrated the nominees and participants of the 2013 Billboard Mexican Music Awards with the latest installment of the acclaimed Noche Bohemia showcase series. The event, held at the El Mariachi restaurant in Encino, Calif., featured a range of regional Mexican artists who share exceptional songwriting skills. Each musician performed a selection of songs that pay homage to Mexican culture.

Kicking the evening off was 21-year-old rising star Adriel Favela, followed by Julio Reyes of Jalisco, Mexico, a graduate of the prestigious Berklee College of Music in Boston. Jesus Chairez, lead vocalist and songwriter of the band Los Chairez, then treated the crowd to a sampling of his signature norteño music and corridos. Sergio Cardenas showed off his accordion skills, which he’s been honing since the age of 10 in his native Mexico. Nowadays, Cardenas is a versatile performer and sought-after songwriter who moves comfortably between corridos, rancheras and ballads. Remmy Valenzuela, who started his career at 12 in Sinaloa, Mexico, treated us to songs from his recently released debut album, Te Olvidaré. Another Sinaloa native, Marco Figueroa, followed. As lead songwriter and musical director for Banda Recoditos, Figueroa is part of one of the hottest regional Mexican acts around. Alex Rivera performed his charting singles and closing out the show was Humberto Plancarte, frontman of the prolific band Tierra Cali.

The Noche Bohemia event served as the perfect kick-off to Billboard Mexican Music Awards week in Los Angeles and is one of many forums through which BMI continues its support of BMI singer-songwriters influenced by all regions of Latin America.